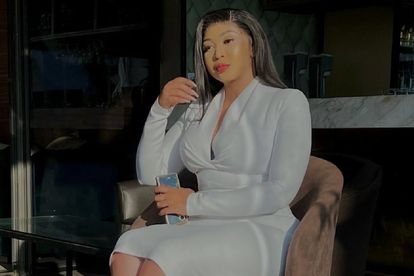 Businesswoman Ayanda Ncwane is now an international favourite among American Twitter users who have been gushing over her on ‘RHOD’. Image via @ayandancwane/Instagram

Businesswoman Ayanda Ncwane is now an international favourite among American Twitter users who have been gushing over her on ‘RHOD’. Image via @ayandancwane/Instagram

Ayanda Ncwane is getting a lot of love from American Twitter users who have had their eyes glued on the Real Housewives of Durban (RHOD) since its premiere in the United States (US) last week.

Bravo TV, an American channel that is home to the real housewives franchise and a basic cable television network owned by NBCUniversal, announced that the first season of the Showmax original series will available for its viewers.

AYANDA IS A FAVOURITE IN AMERICA

Ayanda, who is a businesswoman and widow to late gospel musician Sifiso Ncwane, has been labeled “classy” by her new fans in the US.

This comes after how she handled meeting fellow cast member Nonku Williams, who is the mother of her late husband’s daughter, Nothile Ncwane. Viewers were also impressed with how she welcomed her stepdaughter.

“So I hope Nonku doesn’t bring up any baby daddy talk anymore cause Ayanda a real classy lady… gave her daughter the audience she asked for,” one tweep wrote.

“Oh no I’m obsessed with Ayanda I fear,” another said.

WHO IS JOINING ‘RHOD’ SEASON 3?

According to the spokesperson, RHOD season three is set to premiere on 19 December.

“While we wait for the new season from Johannesburg – DStv compact viewers can look forward to watching the most-talked about The Real Housewives of Durban starting from the 19 December on Mzansi Magic (DStv channel 161)” said a Mzansi Magic spokesperson to the Citizen.

Although we are still speculating on who is staying and who is not returning this season, Isolezwe reported earlier this month that LaConco is not returning. The publication also revealed, through a source, that one new cast member is former Isibaya and The River actress Mbalenhle Ngiba.

Eskom CEO role: What qualification is needed for the job?

‘Its giving weirdo’: Bre Tiesi claps back at troll over Nick Cannon