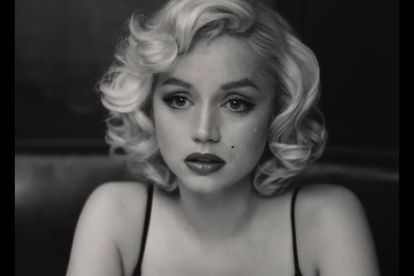 As per Variety, Blonde looks at Marilyn Monroe’s childhood, her rise in Hollywood and her romantic relationships. The film, directed by Andrew Dominik, is based on Joyce Carol Oates’ 2000 novel of the same name.

Ana de Armas, known for her roles in No Time to Die and Blade Runner 2049, said the production team worked on the film every day for almost a year.

“I read Joyce’s novel, studied hundreds of photographs, videos, audio recordings, films – anything I could get my hands on,” said the 34-year-old actress.

“Every scene is inspired by an existing photograph. We’d pore over every detail in the photo and debate what was happening in it.”

Blonde is set to be released on Netflix on 28 September.

Even before its release, Blonde has already received an NC-17 rating, which means “No One Under Seventeen and Under Admitted”. Speaking to People, Adrien Brody, who plays Marilyn Monroe’s ex-husband, Arthur Miller, said the film received the rating due to its sexual content.

“I thought we’d coloured inside the lines. But I think if you’ve got a bunch of men and women in a boardroom talking about sexual behavior, maybe the men are going to be worried about what the women think.”

‘A FILM ABOUT THE HUMAN CONDITION’

Blonde director Andrew Dominik told Collider that he believed the film will be one of the best movies ever made.

“It’s a film about the human condition. It tells the story of how childhood trauma shapes an adult who’s split between a public and a private self. It’s basically the story of every human being, but it’s using a certain sense of association that we have something very familiar, just through media exposure.”