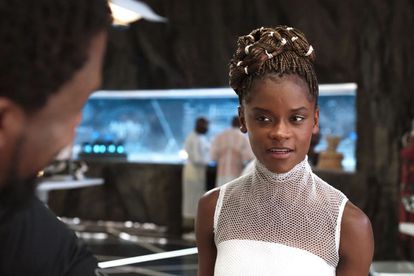 ‘Black Panther: Wakanda Forever’ goes back to production next week with Letitia Wright making a return from injury. Image via Twitter @DiscussingFilm

‘Black Panther: Wakanda Forever’ goes back to production next week with Letitia Wright making a return from injury. Image via Twitter @DiscussingFilm

The Black Panther sequel will resume filming next week.

Letitia Wright – who plays Shuri, the sister of Black Panther T’Challa in the Marvel movies – was injured on set in August and has been recuperating at home in London.

ALSO READ: Age and race are no factor for Denzel Washington’s Macbeth

Production on Black Panther: Wakanda Forever shut down in November after they filmed as much as they could without Wright, and she is due back on set next week, when production resumes, according to The Hollywood Reporter.

Shooting was originally due to begin again last week in Atlanta but it was delayed after several members of the Ryan Coogler directed movie, including Lupita Nyong’o, tested positive for COVID-19.

Following the death of Chadwick Boseman (who played Black Panther) in 2020 after a secret cancer battle, Wright’s Shuri was elevated to the lead of the sequel.

Wright’s injuries were previously explained as “minor” and in September, her co-star Angela Bassett said she had already made a swift recovery.

Speaking to Entertainment Tonight, Bassett – who plays Ramonda, mother to Shuri, the Princess of Wakanda – said of her co-star:

“She had a little bit of a fall, but it’s not too bad. You know, anything like that will shake you up, but she’s just a little, slight, little petite thing. But she is fine and ready to go.”

And Bassett admitted “every day” on set is like a “love fest” for the late Boseman.

“We’re excited about that. Of course, we still have a little, you know, we feel some kind of way in our heart, of course. So every day is just a testament and a love fest for our dear [Chadwick]” she said.