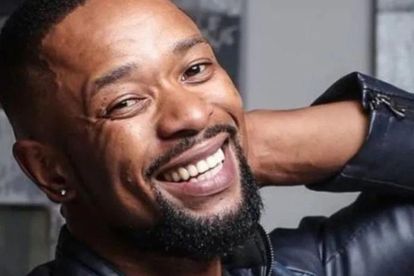 The Queen and Kings of Joburg star SK Khoza. Image via Twitter @MgosiSA

The Queen and Kings of Joburg star SK Khoza. Image via Twitter @MgosiSA

Entertainer and actor SK Khoza, who previously played Shaka Khoza in The Queen has reportedly been fired from Ferguson Films’ Kings of Joburg season two.

Producer-actress Connie Ferguson took to her Instagram account in March to confirm that Ferguson Films is shooting season two of Netflix’s series Kings of Joburg.

ALSO READ:‘It’s a termination day’: SK Khoza has been fired from ‘The Queen’ AGAIN

Khoza, who currently acts in e.tv’s raunchy series The Black Door was reportedly fired for his dramatic tendencies and not pitching up for work.

Should Khawula’s reports be true, this will be the third time that Khoza is getting fired from a Ferguson Films production, as he was reportedly fired twice from The Queen.

Khawula adds that the star is also demanding payment of up to R90 000 from Ferguson Films.

“SK Khoza was fired from Kings of Joburg. It is said SK was fired for his dramatic tendencies and for not pitching up for work. SK demands payment of up to R90 000 from Ferguson Films. This past Thursday SK did not pitch for production again at The Black Door.”

It is reported Khoza physically assaulted his manager Sanele:

“On Friday SK Khoza physically assaulted his manager Sanele. SK Khoza had a gig in Swaziland that he failed to show up for. As a result of his drug use and the assault case opened by Sanele at Sandton Police Station saw him fail to keep to his commitment.”

SA HipHop reports that the star hasn’t responded to Khawula’s allegations at the time of publishing this article.

HIS EXIT FROM ‘THE QUEEN’

According to a Drum Magazine article, the actor, who played the fan-favourite character of Shaka Khoza from season one to five was first fired from the show in 2019 due to being unprofessional and having ‘diva tendencies.’

Mnet Channel Director for Local Entertainment Channels, Nomsa Philiso also confirmed to Drum in November 2021 that Khoza was relieved from all duties on The Queen.

“Mzansi Magic confirms that we have been informed by Ferguson Films that SK Khoza will no longer form part of the cast on The Queen.”

The star was dismissed following a report by City Press that he had allegedly assaulted his ex-fiancée Ayanda “Mandy” Hlongwane.