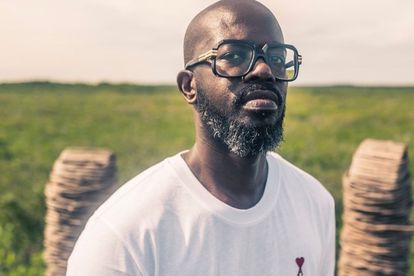 After celebrating a Grammy nomination in November, South African DJ and producer Black Coffee has another accolade to share with Mzansi. The star producer’s track Inkodlo Kamashimane is featured in the long-awaited science fiction film The Matrix Resurrections starring Keanu Reeves and Carrie-Ann Moss.

BLACK COFFEE AND THE MATRIX RESURRECTIONS

Black Coffee’s Inkodlo Kamashimane is the 10th track from his 2015 album Pieces of Me.

Black Coffee shared that he dedicated the song to his father seven years after his passing.

“Humbled beyond belief to be wrapping 2021 with this song, Inkodlo Kamashimane being featured in the new The Matrix movie.”

German director and composer Tyler Tykwer and Australian musician Johnny Klimek were chosen as the two composers for The Matrix Resurrections.

Klimek told The Wrap they had three studios set up while editing for The Matrix Resurrections was taking place. The studios had to be moved to the Canary Islands (where Klimek lives) due to the Covid-19 pandemic.

The two composers who have previously worked together shared that director Lana Wachowski played an interesting role in the making of the soundtrack.

“We had five studios running, two for editorial, three studios for the music and we just went back and forth with each other constantly. So Lana, would just walk to the next room and say, ‘Can you help me with this scene?’ and she’d sit with us and get involved in the whole creative process of the music,” said Klimek.

ALSO READ: Keanu Reeves on why trans character was cut from ‘The Matrix’ [watch]

WHAT REVIEWERS SAY ABOUT THE NEW FILM

The Matrix Resurrections has received mixed reviews from film critics. The Guardian’s Peter Bradshaw rated the movie two out of five stars highlighting that the film “doesn’t do much to remove the anticlimax that hung like a cloud over the cinema’s auditorium at the end of the third film in 2003.”

Vulture’s Angelica Jade Bastién says the film would fail if it wasn’t for Keanu Reeves and Carrie-Ann Moss’ on-screen chemistry.

The Matrix Resurrections is available to stream on HBO Max.