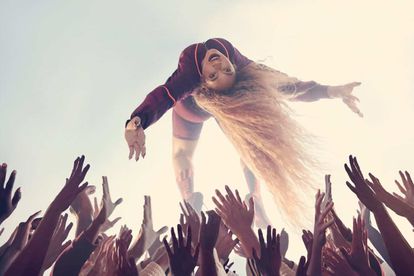 Crazy in Love hitmaker Beyonce scooped four top prizes at the awards ceremony on Thursday evening 25 March, which is held over several days and concludes tonight.

The R&B megastar competed against H.E.R., Jazmine Sullivan, Ledisi and Alicia Keys for the former prize, while in the music video category she beat her own promo for ‘Black is King’.

Chloe X Halle and other winners

Elsewhere, Chloe X Halle landed two awards for Outstanding Duo, Group or Collaboration (Traditional) and ‘Do It’ won the pair Outstanding Soul/R&B Song, the latter of which Beyonce’s Black Parade was nominated for.

‘Record high’ for Beyonce: Most Grammy Award wins by a female artist

Meanwhile, Beyonce’s NAACP success comes after she made history with the most Grammy Award wins by a female artist earlier this month.

The 39-year-old star received four honours – Best R&B Performance for Black Parade, Best Rap Song and Best Rap Performance for Savage with Megan Thee Stallion, and Best Music Video for Brown Skin Girl – during the main event and the pre-telecast ceremony, which took her total to 28 over the years, surpassing the record previously held by Alison Krauss, with 27 wins.

Accepting Best R&B Performance and breaking the record, she said:

“I’m so honoured. I’m so excited. As an artist, I believe it’s my job and all of our jobs to reflect the times, and it’s been such a difficult time. So I wanted to uplift and encourage all of the Black queens and kings. I can’t believe this happened, it’s such a magical night.”