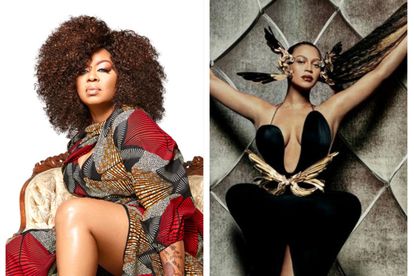 Robin S’s hit song ‘Show Me Love’ has been sampled on ‘Break My Soul’ by Beyonce.
Image via Instagram
@officialrobins/@beyonce

Robin S’s hit song ‘Show Me Love’ has been sampled on ‘Break My Soul’ by Beyonce.
Image via Instagram
@officialrobins/@beyonce

It’s a song that had everyone on the dancefloor way back in the 90s. Three decades later, Robin S’s Show Me Love continues to do so after it was sampled in Beyonce’s latest track Break My Soul.

The dance classic was used in the track released earlier this week, which received a rave reception. Beyonce is set to release her full-length album Renaissance on 29 July.

Speaking on Good Morning Britain, Robin S revealed how she discovered that she found out about the song sample when Beyonce released Break My Soul and the song became a trending topic.

She said in a clip of the 1990 hit: “It doesn’t have to be confirmed. A singer knows her songs.

The 60-year-old singer – who is still belting out the hits – also thanked Beyonce for giving her “flowers”.

She added: “This message goes out to Queen Bey herself—Beyonce, to Jay-Z, to the entire team. Thank you so much for giving me my flowers while I’m still alive. I am honored and I’m excited to see what else can happen.”

Robin S is not the only sample to feature on Break My Soul. Bounce music artist Big Freedia’s 2014 track Explode was also sourced by Beyonce’s producers.

Speaking to Bustle, Big Freedia said of her feature: “[I’m] excited and blessed, and like, I might faint!”

Big Freedia also explained the meaning behind her lyrics, which include “Release ya anger, release ya mind / release ya job, release the time / release ya trade” – which Beyonce fans have jokingly said will contribute to The Great Resignation.

Speaking of her own song, she said: “Explode is a song about the daily stresses of life and coming to the club to release it all”.

She added: “We’ve all had a tough couple of years, and it’s time to release it all.”