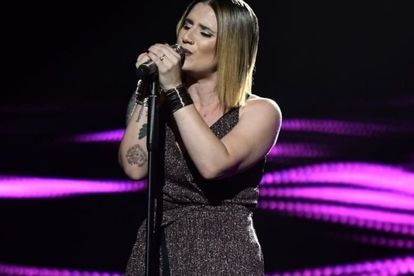 Season 17 of Idols SA has officially come to an end with Cape Town-based singer Berenike “Berry” Trytsman walking away as this year’s South African idol! Mzansi has praised Berry for her win and can’t wait to see what’s next in her musical journey!

Berry and Idols SA runner-up Karabo Mathe gave exceptional performances, but in the end it was 30-year-old Berry who won the competition.

A highlight of the finale was the top two’s exceptional duet of John Legend’s Never Break. As the winner of Idols SA, Berry closed the show with a performance of her debut single Ungowami.

Berry’s Idols SA win was met with plenty of praise from Twitter fans.

One tweep wrote: “Berry is the best ever to win idols. Yes. I said that. No one is more deserving. I have never been so content about an idols winner.”

“I bet you the whole country is happy about this win #IdolsSA.”

The mom-of-four took to Instagram on Monday 22 November to thank her fans otherwise known as the “Berries” for their votes.

“I think I still need time to process everything, I’m still in shock and so overwhelmed by messages of love and support. But I’m here to give team Berries the love they deserve! Thank you for sticking with me throughout the journey. WE WON!”

As the winner of Idols SA season 17, Berry walks away with several prizes including a R1 million cash prize.

Here is everything she takes home!

Two burnt bodies were found at a dumping site near Bushbuckridge