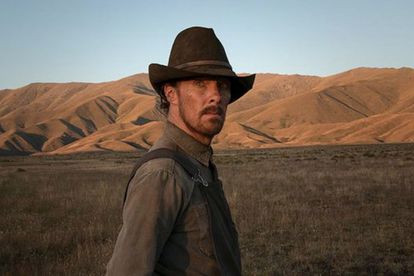 Benedict Cumberbatch struggled to roll cigarettes for his role on ‘The Power of the Dog.’

Benedict Cumberbatch struggled to roll cigarettes for his role on ‘The Power of the Dog.’

Benedict Cumberbatch admits that it was “f***ing hard” to roll a cigarette while on horseback in The Power of the Dog.

The 45-year-old actor plays rancher Phil Burbank in Jane Campion’s movie and was required to roll a cigarette with one hand while riding a horse – a task that he found infuriatingly difficult.

“That was so f***ing hard! Every alpha male on set was like, ‘Ha, I can do that!’ But they were rolling these huge, shapeless blobs and it’s very specific in the book (the movie is based on Thomas Savage’s novel of the same name) that Phil rolls these rail-thin, tight cigarillos.”

AN AUTHENTIC PERFORMANCE BY BENEDICT CUMBERBATCH

The flick features a scene where Cumberbatch’s character bathes naked in a river, but the Sherlock star did not want to wear ‘modesty pants’ for the sequence as he thought it would amount to “cheating.”

Asked if he made a request to preserve his modesty, Cumberbatch said:

“No, never. There was a lot of talk about what the framing would be but you can’t cheat it.”

“This is a man at ease with his body in nature. He calls this ‘the sacred place’. It’s where he’s allowed to reveal the truth of his past in a very private way. That was more tender and difficult and awkward to me to watch than seeing a brief flash of full male nudity. And that’s not such a big deal any more anyway.”

Cumberbatch admitted that playing the sadistic rancher was “very different” from what he has done previously and made the project appeal to him.

“Phil is very, very different from anything I’ve done before. And he’s a long way from me,” he said.

ALSO READ: ‘Tis the season to binge! What to expect on Netflix this December