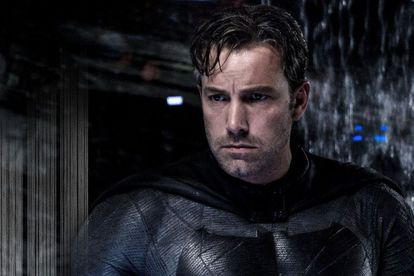 Ben Affleck will return as Batman/Bruce Wayne in ‘Aquaman and the Lost Kingdom’. Image via Twitter @DiscussingFilm

Ben Affleck will return as Batman/Bruce Wayne in ‘Aquaman and the Lost Kingdom’. Image via Twitter @DiscussingFilm

More than two years after dropping the role of Batman/Bruce Wayne in the DC movies, Oscar-award-winning actor Ben Affleck will reprise his role in Aquaman 2. The film’s lead actor, Jason Momoa, posted a picture of them on set on Thursday 28 July, officially announcing Affleck’s return as Batman.

Ben Affleck made his DC debut in Suicide Squad in 2016 before appearing in Justice League the following year. In 2019, Affleck announced his departure from the role before the development of a solo film, The Batman. He decided to abandon the role amidst fear that he would “drink himself to death”.

“I showed somebody The Batman script. They said: ‘I think the script is good. I also think you’ll drink yourself to death if you go through what you just went through again,’” said the 49-year-old as per Deadline.

“I drank relatively normally for along time. When happened was that I started drinking more and more when my marriage was falling apart.”

The actor was married to actress Jennifer Garner for more than a decade before getting a divorce. Affleck married Jennifer Lopez on 17 July.

In an Instagram post on 28 July, Jason Momoa revealed that Ben Affleck would star in the Aquaman sequel, Aquaman and the Lost Kingdom.

Aquaman and the Lost Kingdom is set to be released on 17 March 2023.

Although DC fans missed Ben Affleck on screen, the actor will be suiting up as Batman in The Flash. The film starring Ezra Miller is set to be released on 23 June 2023.

The film is directed by Andrés Muschietti, who caught the world’s attention with his directorial debut, Mama in 2013.