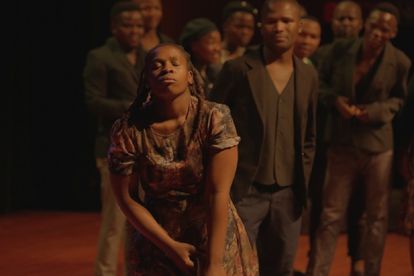 The Baxter Zabalaza Finest of the Fest starts with ‘Hostel Lights’, followed by ‘Back to Ashes’ staged over two weeks in September. Image Supplied

The Baxter Zabalaza Finest of the Fest starts with ‘Hostel Lights’, followed by ‘Back to Ashes’ staged over two weeks in September. Image Supplied

Baxter Zabalaza Theatre Festival’s Finest of the Fest winners, Hostel Lights and Back to Ashes will be staged over two weeks in September.

“These two productions were selected as the best to emerge from our 13th annual festival which was held in April, for their powerful themes and excellence in script writing, performances, direction and overall presentation,” explains Mdu Kweyama, artistic director at the Baxter Zabalaza Theatre Festival.

“The themes that they cover are those that audiences can resonate with and, sadly in many instances, is a daily reality for many South Africans. Hostel Lights speaks to loyalty and friendship, while Back to Ashes addresses the ever-relevant topic of gender-based violence,” Kweyama continues.

‘HOSTEL LIGHTS‘ AT THE BAXTER

The Baxter Zabalaza Finest of the Fest starts with Hostel Lights, written, choreographed and directed by Sohail Booise. Performed in Afrikaans, it runs from 3 to 10 September with matinee performances on 6 and 7 of September at 11:00 and on Saturday 10 September, at 14:30.

Friendships are tested when one of four high school boys, who have formed a close bond while living together in a hostel, decides to do something that could get each of them expelled. The dynamic young cast comprises Marunzo Thomas, Joshwin Dyson, William Jonathan Adams, Jason Olivier and Jomelia Merkeur.

Booise also won accolades for the Best Script and Best Director awards at the Zabalaza Festival. In 2019, while studying at Northlink College, three years after working a day job, he fell in love with creating things, writing stories and producing and bringing them to life. In 2020 he won the Best Director for his final year project at Northlink College, which inspired and encouraged his writing and directing journey for Hostel Lights.

Performed in isiXhosa with English surtitles, the powerful play is about a young woman’s journey from her village to the city to pursue her educational dreams. Her life is cut short through a gender-based violence incident, an all too prevalent and ongoing pandemic that continues to haunt South Africa.

Magnet Theatre graduate, Lepeli is an actor, director and writer and winner of the 2019 Best Supporting Actor award at the Baxter Zabalaza Theatre Festival. His acting credits include The good soul of Szechuan (directed by Mark Fleishman), Ekwindla (directed by Jennie Reznik), Ikrele lechiza (directed by Mandla Mbothwe), Ingqumbo (directed by Thando Doni) and Imaging Footprints (directed by Nwabisa Plaatjie).

Tickets are R80 and R40 for group block bookings of 10 or more. Bookings can be made online or at Pick n Pay stores.