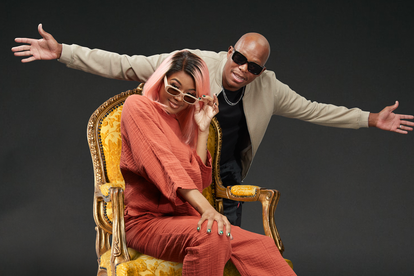 Gqom stars Babes Wodumo and Mampintsha let fans into their lives on Uthando Lodumo, a three-part Showmax original. Although the reality series received mixed reactions from viewers, it has found a new home and is headed to television screens.

BABES WODUMO AND MAMPINTSHA TOOK FANS ON A JOURNEY

Uthando Lodumo followed Babes Wodumo and her husband Mampintsha’s relationship from a Gagasi FM proposal in 2020, marriage counseling, lobola negotiations, pregnancy and gave us a glimpse into their traditional wedding in April.

Wodumo admitted that although working with your partner can be challenging, she says the two were madly in love. “We then made hit song after hit song. And we made a lot of money as a result,” she said.

The gqom artists have been together for 10 years and are still going strong. The couple welcomed their baby boy Sponge in June.

‘UTHANDO LODUMO’ HAS A NEW HOME

The three-part series that originally premiered on Showmax has found a new home on Mzansi Magic.

Speaking to Daily Sun, Babes Wodumo’s manager and sister Nondumiso Simelane noted that the move would give more people the opportunity to watch the series.

“We know there are a lot of people who wanted to watch the beautiful love story of Babes and Mampintsha but couldn’t. Now is the perfect opportunity for viewers to watch.”

Mzansi Magic’s Irvin Pooe confirmed that Uthando Lodumo will be a repeat of what was aired on Showmax and.

Uthando Lodumo will be on Mzansi Magic on 16 October.

ALSO READ: Babes Wodumo leaves the ladies drooling after posing with her brother

IS THE GQOM QUEEN BACK WITH NEW MUSIC?

Taing to Instagram she shared what could potentially be a feature list. It might be safe to assume that the project is titled Diego and it will feature amapiano superstars Amaroto made up of Reece Madlisa and Zuma, Big Nuz, DJ Tira, Dladla Mshunqisi and Madanon.

Babes also might be releasing a music video on 26 November. Stay tuned!