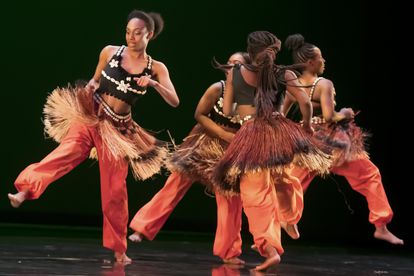 The Artscape Theatre in Cape Town is 50 years old and will celebrate this milestone birthday with a year of celebrations that will include theatre performances, dance and drama, jazz, African music, and acrobatic exhibitions depicting unforgettable moments from its history.

The Artscape Festival will begin on 20 March 2021 with a grand opening concert to celebrate Human Rights Day and will feature Artscape Theatre’s associated companies and a host of iconic Cape Town performers.

The Jubilee concert will be recorded at the Artscape Opera House and be delivered to audiences through the Artscape YouTube channel, free of charge.

Journey from the Nico to Artscape

Birthday celebrations will continue throughout the year with an array of fantastic shows and activities, such as an outdoor community concert on the piazza in front of the building, and a mass choir presentation in celebration of choirs from the Western Cape Province, titled Joyous Choirs.

The rich history of the building itself and the journey from the Nico Malan theatre to Artscape, will be permanently documented with virtual (audio-visual) exhibitions throughout the theatre, and visitors can enjoy tours of the building and learn more about the heritage of the iconic structure and its highs and lows over the past five decades.

Artscape CEO Marlene le Roux said in an article on BizCommunity that the theme of the festivities aims to celebrate the building’s golden jubilee and its fascinating history. She believes the building not only represents the evolution of a species and the struggles of stalwarts, but also the wherewithal of those that helped to bring us to this point in our history.

Built in 1971, the Nico Malan theatre was named after the former National Party administrator of the Cape Province, Dr. Johannes Nicholas Malan, who initiated the project. It was managed and programmed by the Cape Performing Arts Board (CAPAB) as a production house with four arts companies, namely ballet, drama, orchestra, and opera.

The building was included in the South African government’s exclusionary apartheid policy and was initially open to white people only. This disgraceful policy received widespread objection and enormous pressure and, in 1975, it changed its policy to allow all races into its premises through a permit system, becoming the first South African theatre to do so.

Three years later, the then Nationalist government abolished its legislation that barred mixed-race audiences in theatres and mixed-race casts in productions and the theatre became open to all South Africans.

By 1994, the South African government policy had changed dramatically and transformed all performing arts boards into playhouses and the centre was renamed the Artscape.

Today, the Artscape is an agency of the National Department of Sport, Arts, and Culture and welcomes all art genres and performers and patrons from all walks of life.