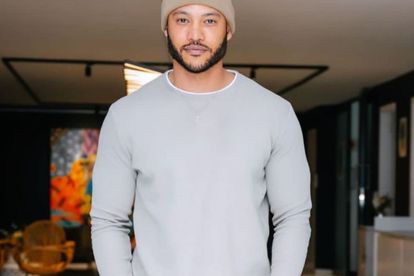 Anton Jeftha has been Los Angeles based since 2016. He came down to South Africa to visit some family when the pandemic hit and had to stay here for a while. He is most popular for his role as Sebastian Price on the local telenovela Legacy.

Phil Mphela confirmed that the Legacy SA star will be starring in a few films this year starting with Escape Room Two.

Escape Room Two is the sequel to the 2019 sci-fi thriller Escape Room that follows six people from different walks of life participating in an escape room competition to win a lump sum of money; however, things change when they find themselves in challenging life or death situations.

The film is set to be released on 16 July. Aside from Escape Room Two, the actor will be starring in an American comedy film titled Contrast which is said to be in post-production.

The local actor has made an international name for himself in series, such as Homeland and Dominion. He also has an upcoming Mzansi film, titled The Gang from Azania, in which he will star alongside Pearl Modiadie, Kagiso Medupe and Nomsa Diva.

“(The Gang) follows a group of friends who embark on a rescue mission to save one of their friends. Their rescue skills leave much to be desired and the suave six leave utter chaos in their wake,” according to The Entertainment Alert.

The finance graduate took to Instagram to share a throwback reel of his work as a young  actor.

Media personality Boity Thulo dropped flame emojis in the comments section of the actor’s post further fueling rumours of a romance between the two.

Back in March, online sleuths were convinced the two spent Valentine’s Day together. Although there is no confirmation of their romance, Anton Jeftha has not been shy when it comes to showing support to Boity. From birthday posts to a Sama nomination post, the actor seems to be a die-hard fan of “Team Boity”.

ALSO READ: All dressed up and somewhere to go? Emtee’s disappearing act at Saftas