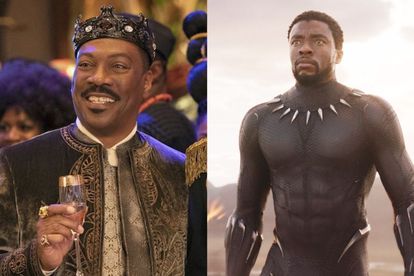 Radio & TV presenter Ashraf Garda posted a video of Americans responding to the question “what do you think of the conflict in Zamunda and Wakanda?” on Twitter on 21 July and their responses are hilarious.

AMERICANS ON CONFLICT IN WAKANDA AND ZAMUNDA

With the recent release of Coming 2 America starring Eddie Murphy and the news of Marvel’s Black Panther sequel, Black Panther: Wakanda Forever, the continent of Africa has been under the spotlight.

In a video posted to Garda’s Twitter, Americans are caught in their lies as they pretend to care about the conflict going on in these two fictional places. While most of the Americans said they think the United States (US) should intervene and they’ve heard the news on social media, one specific American in the video went all out.

When asked where he has seen the posts he confidently responded,

“Twitter and Instagram a lot, blowing up my feeds, I got a couple friends actually that has family in the area so he was definitely keeping me informed on the area making sure I wasn’t one of the ill informed.”

Tweeps were shocked after listening to Americans answer the questions with such confidence.

WHERE ARE ‘WAKANDA’ AND ‘ZAMUNDA’?

While Wakanda and Zamunda are fictional places that do not exist, in the storyline of both films they are located in Africa. Scenes of Wakanda were actually filmed in South Africa, the US, the United Kingdom (UK), Norway and South Korea according to The Citizen.

Zamunda, on the other hand, is actually rapper Rick Ross’ 45 000-square-foot mansion In Georgia, USA.

“That entrance foyer with the big two-story interior and double-winding staircase was perfect,” said production designer Jefferson Sage to Variety.

“Off of that, there were two beautiful big rooms with giant windows and 18-foot ceilings. We used five key spaces that we turned into Zamunda,” he added.

ALSO READ: Is Connie Chiume in the US to shoot ‘Black Panther’ sequel?