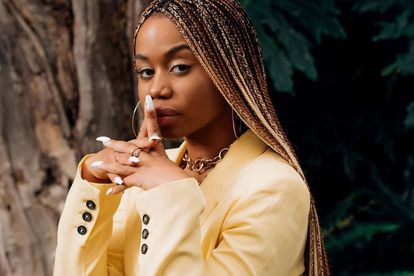 This is her first international award and it saw Twitter erupt with congratulatory messages.

The Love You Tonight singer thanked her parents and fans for supporting her throughout her musical journey.

For two consecutive years, South Africa has rallied enough support for Sjava and Sho Madjozi, who are previous winners of this highly acclaimed award.

This year the country did not fail to show the same support to the Zimbabwean born artist who has stolen South African hearts and audiences with her vocals.

The virtual BET Awards 2020 had viewers glued on their screens for the uniquely produced show.

Born in Bulawayo, the singer, and songwriter has travelled around the continent from a young age.

She followed her calling to be a musician and moved to Harare to gather finances by being a receptionist and waitress before eventually booking gigs.

Her long-awaited miracle came after she arrived in South Africa, when a cab driver in Johannesburg introduced her to DJ Maphorisa.

This opened more doors for her career and gave her a wider audience in South Africa. She went on to release her own EP called Blossom.

“The name says it all, blossom. It’s my time to blossom, it’s my time to shine, to be out there,” Sha Sha said at an introductory brunch captured by ZkhiphaniTV.

Her vocals are best known in the Amapiano genre but she prefers not to be restricted as she enjoys exploring various genres.

Sha Sha has a signature look and style, due to her angelic vocals and her trademark hairstyle.

Her multiple shades of brown and blonde braids have been her statement, and many fans have taken to social media to depict their own similar braiding.