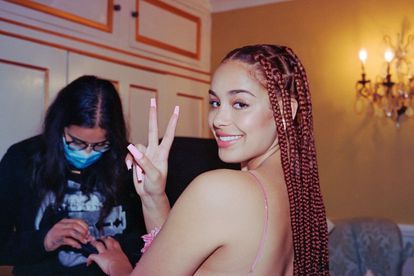 British vocalist, Jorja Smith has released a new amapiano inspired song All Of This. The song is produced by Grammy-nominated producer DJ Guilty Beatz. This new song and video is Smith’s first release after Be Right Back, the eight-track EP that was released in May this year.

‘ALL OF THIS’ AND THE AMAPIANO INFLUENCE

ALSO READ: Boity on the beat: Rapper dabbles in amapiano with ‘The She Can Anthem’

Smith’s therapeutic sounding vocals work well with a house music beat, as she exhibited in her breakout collaboration with Drake and Black Coffee’s Get it together, which was a remix for Black Coffee’s Superman.

I met [Guilty] when I went over to Port Antonio in Jamaica for a writing camp in 2019. He’s so wonderful to work with and when we initially started the song, it was more a fall to the floor type beat. He’s shared Amapiano playlists with me before and then during the first lockdown in 2020, he sent me a version of the song like it is now. We then finished writing the song remotely, exchanging messages over WhatsApp with his girlfriend Abby who is also a writer, says Smith in a statement published by Hypebeast.

The video’s visuals are as laidback as the song, with Jorja doing some of the filming and editing alongside photographers Michaela Quan and Ivor Alice. The grainy, VHS-looking visuals give it a nice DIY feel as it shows Smith being her carefree self in the studio and other unclear locations.

SOUTH AFRICANS REACTION TO THE SONG

Smith announced the release of the song yesterday, August 5, with a short snippet of the music video. The comments on her Twitter post saw South Africans criticize the song by saying it doesn’t sound like a typical amapiano composition.