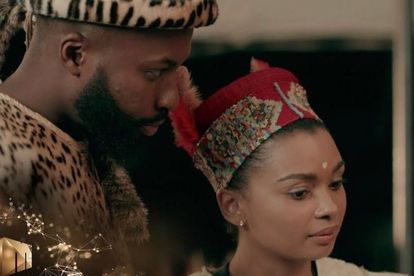 HER LESBIAN ROLE IN ‘UZALO’

The actress and Metro FM radio personality Hope Mbhele, who plays MaBusi in Umkhokha tells Sowetan that she enjoyed playing the Uzalo character.

Mbhele, who became well-known for her role in Mzansi Magic’s hit Sunday-night TV drama Umkhokha played the role of MaBusi opposite Nkosinathi “Nay Maps” Maphalala, Deli Malinga, Sthandiwe Kgoroge, and Linda Sokhulu and got nominated for the award.

Sowetan confirms that the second season of the hit drama will return to Mzansi Magic as a telenovela in 2023 and replace DiepCity when it concludes in March.

“It was a beautiful story about being lesbian in an African community like KwaMashu. I enjoyed playing that character and it was out of my comfort zone,” Mbhele says. “Noxolo and I had coaching lessons and counselling. It helped a lot having to understand that these are people’s lives and they sometimes get killed based on whom they choose to love. Portraying those characters was serious for us.”

Mbhele has also appeared in two movies Goodbye Gogo and No Love Lost opposite talented actors such as Pallance Dladla, Zola Nombona, and Lungile Radu.

The talented actress also reveals she plays the role of Baleka in the upcoming series Shaka Ilembe.

“She’s so different from all the other characters because the others existed in history and Baleka doesn’t. It’s a character that was invented and I had more freedom to play with a person who wasn’t in the books of history, but we knew [someone like her] existed because there were traditional healers back then,” Mbhele teases.

Fans of the media personality will also see her presenting a new music show Issa Vibe in 2023 besides the premiere of Shaka Ilembe and the second season of Umkhokha.

ALSO READ:‘Flop like ‘The Queen’: ‘Umkhokha’ fans react to show turning to telenovela