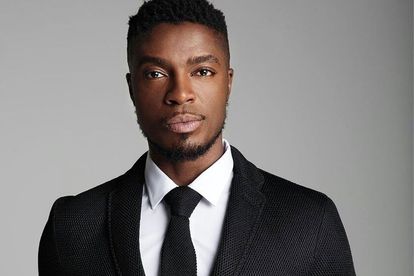 Aaron Moloisi has been in the entertainment industry for two decades. The television presenter and actor has been a part of some of Mzansi’s most successful productions including The Queen, Skeem Saam and Generations. The seasoned entertainer is set to launch his own digital radio station, Legend Radio that will be broadcast in 12 countries.

Aaron Moloisi is launching Legend Radio in celebration of 20 years in the entertainment industry. In a statement, the 42-year-old mentioned that Legend Radio is an urban radio station that engages in “everyday conversations”.

“We are not a categorised content genre. We engage in a wider array of subject matters in all aspects. We celebrate life together in talk and in song.”

Moloisi further highlights that 90% of the talent on Legend Radio has never worked on a broadcast platform. “I carefully and strategically headhunted all of them across the world to bring authenticity and sincerity onto the station.”

The Legend Radio lineup will be introduced at a later stage.

Aaron Moloisi is part of a small pool of entertainers in South Africa who have launched their own digital radio stations. Radio personality Gareth Cliff launched CliffCentral in 2014 while Tbo Touch launched TouchHD in 2017.

AARON MOLOISI’S 20 YEARS IN THE INDUSTRY

Although he has a qualification in Chemistry and Microbiology, Aaron Moloisi is a household name in the South African entertainment industry.

He has presented several shows on SABC including the documentary series, Take 5 and reality competition show Rize Mzansi.

Moloisi starred in the 2016 American biographical drama, Queen of Katwe alongside the likes of David Oyelowo and Lupita Nyong’o.