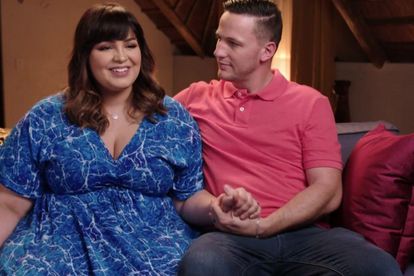 90 Day Fiancé: Happily Ever After fans were on the edges of their seats this week after a gripping reunion saw a number of shocking revelations emerge…

The popular TLC reality show – which gives viewers a glimpse at international couples who plan to wed – aired their long-awaited finale this week.

And viewers could not believe the tea that was spilled!

Although South African viewers are currently one episode behind, TLC have aired the first installment of the show’s popular Tell-All, which we will get to see play out next week.

There was plenty of drama to go around on 90 Day Fiancé: The Tell All which saw a number of bombshells being dropped: which included multiple allegations of cheating and even one couple announcing their impending divorce!

And there were all sorts of fireworks too for South Africa’s Ronald Smith and his American wife Tiffany.

The couple admitted to being in a rocky place: Tiffany accuses Ronald of being misogynistic and unsupportive whilst the Randfontein resident accuses his US bride of trying to wear the pants in their relationship.

He tells host Shaun Robinson via a video link: “Tiffany’s the boss…I’m always wrong, I’m always the piece of s**t. … I love the fact that she’s strong. But the thing is … a woman is a woman. A woman is not a man. A woman cannot take the role of the man and that’s literally what she does.”

Then came the shocker: Ronald accuses Tiffany of having an affair with the show’s camera man!

The 31-year-old claimed the real reason for their blow-up argument in the episode prior was over allegations that Tiffany was getting “too friendly” with the crew!

“She was sitting with a bottle of Bacardi that she took out of the car because she’s gonna stay by the hotel with the f**king cameraman.

“The whole time while we are filming, she and this guy is way too friendly with each other.”

But Tiffany out-right denies the allegations levelled against her.

Elsewhere in the show, Michael accuses Angela of cheating on him with her plastic surgeon. Natalie has also been accused of seeing another man after splitting from Mike following their explosive argument at his home. The couple plan to divorce.

TIFFANY SPORTS A BLACK EYE – BUT DOES RONALD HAVE ANYTHING TO DO WITH IT?

Tiffany shocked 90 Day Fiancé fans this week when she posted a video of herself sporting a black eye on her Instagram page. The mom of two was filming a make-up tutorial on herself.

Followers of the show were concerned over her well-being, even going as far as to accuse Ronald of having something to it with it.

But Tiffany put the bruising down to cosmetic surgery.

““Um, my eye? Yeah, I’m okay guys…I had tear trough filler for my under eye.”

In another video posted on her IG, Tiffany seemingly mocking her husband’s “famous words” over the season.