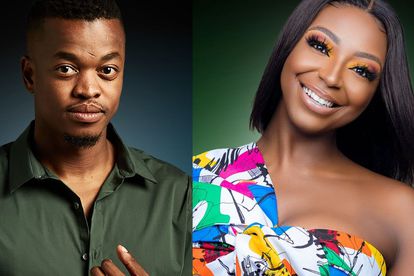 The 16th annual South African Film and Television Awards (SAFTAs) are set to take place on Friday 2 September and Saturday 3 September. This year, the awards will be hosted by four dynamic television hosts who have taken the entertainment industry by storm. Comedian Mpho Popps and radio presenter Khutso Theledi will be hosting the main show alongside Ryle De Morny.

WHO WILL BE HOSTING THE SAFTAS?

The 16th annual SAFTAs will be hosted under the theme “Frame the Future” and there will be a fresh group of energetic newcomers who will be the face of both awards evenings.

Mzansi’s A-listers will be heading to the SAFTAs looking glamorous so of course, they need to be welcomed on the red carpet. Afternoon Express presenter Palesa Tembe and social media star Lasiwe Dambuza will be hosting the SAFTAs red carpet on 3 September.

SAFTAS SET TO BE HELD VIRTUALLY

Due to the COVID-19 pandemic, the 2021 SAFTAs were held virtually and this year, there will be another virtual show.

The awards show’s executive producer Anneke de Ridder said the decision to host the event virtually was made when a bid for production companies to produce the SAFTAs was announced.

“Given the restrictions with government institutions when it comes to changing the merits of the tender bid, we had to continue hosting the ceremony virtually. While we do acknowledge that it would have been ideal to celebrate with the industry in-person, our production company have worked exceptionally hard to give industry practitioners the honour they deserve.”

ALSO READ: 2022 SAFTAs: Here are your soapie and telenovela nominees

The SAFTAs Craft Awards will take place on 2 September and will be streamed on the SAFTAs Youtube Channel at 19:00.

The Main Show will take place on 3 September and will be broadcast on Mzansi Magic (DStv Channel 161). The red carpet show will be streamed on the SAFTAs YouTube channel at 18:30.