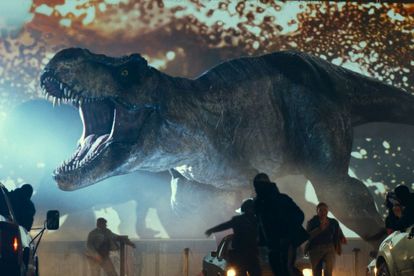 ‘Jurassic World: Dominion’ is one of the seven highly-anticipated movies for 2022. Image via Twitter @JurassicWorld

‘Jurassic World: Dominion’ is one of the seven highly-anticipated movies for 2022. Image via Twitter @JurassicWorld

The 2022 movie calendar is jam-packed ahead of the new year. We have chosen seven movies to look forward to that star some of Hollywood’s top talent. Take a look.

Starring Zac Efron, Anthony Hayes, Susie Porter and Sam Worthington, Gold is a survival thriller that follows two men who find a gold nugget in the middle of nowhere with hopes excavate it. They run into a few problems with each other along the way.

The film is set to be released on 13 January.

The highly-anticipated The Batman stars Robert Pattinson and Zoë Kravitz as the two leads. The action film sees Batman (Pattinson) teaming up with Catwoman (Kravitz) to take down The Riddler (Paul Dano).

The movie is set to be released on 4 June.

The Bob’s Burgers Movie is based on the Belcher family’s adventures in their burger shop. The movie was directed by Loren Bouchard who wrote and directed the animated series Bob’s Burgers. The cast of Bob’s Burgers will also reprise their roles.

The movie is set to be released on 27 May.

Jurassic World: Dominion directed by Colin Trevorrow is the third installment in the Jurassic World franchise. The plot has been kept under wraps but it features an all-star cast. The likes of Chris Pratt, Bryce Dallas Howard, Sam Neill and Jeff Goldblum are all set to star in the film.

The film is set to be released on 10 June.

Black Panther: Wakanda Forever has been named the most-anticipated movie of 2022. There have been plenty of controversies around Chadwick Boseman’s role as T’Challa and sadly for Black Panther views, his role will not be recast.

Filming is currently on hold as Letitia Wright recovers from an on-set injury. The film is set to be released on 11 November.

James Cameron’s Avatar 2 is the first of four sequels that the director has planned for the franchise. The movie sees Jake (Sam Worthington) and Neytiri (Zoe Saldana) navigating family life on planet Pandora. Jake and Neytiri have three kids and a human child named Spider.

The film is set to be released on 16 December.

7. ‘I WANNA DANCE WITH SOMEBODY’

Named after her hit song, I Wanna Dance with Somebody this musical biopic follows the legendary Whitney Houston. Directed by Kasi Lemmons (who took over from Stella Meghie), the movie will take a look at the legendary pop/R&B icon’s life. British actress Naomi Ackie will play the role of Whitney.

The film is set to be released on 23 December.

A post shared by I Wanna Dance With Somebody (@wannadancemovie)