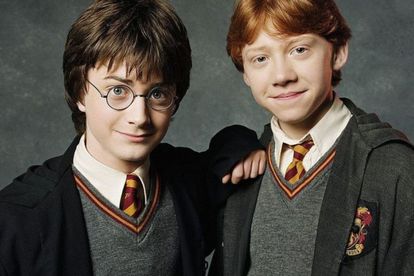 2021 marks 20 years since the first Harry Potter film hit cinemas. Harry Potter and the Sorcerer’s Stone first screened on 16 November 2001 and it was an instant success. It generated $1 billion (R15 billion) at the box office.

At the time, Daniel Radcliffe, Emma Watson and Rupert Grint were young actors and they have since grown to become successful entertainers in the industry.

As one of the driving forces behind Harry Potter and the Sorcerer’s Stone, Chris Columbus opened up about the film. The 63-year-old director shared that he was aware of the fact that if he messes up, he probably would never get hired again.

“I knew I was taking on something fairly gigantic, and I’ve never been involved in a project that had so much scrutiny. Aside from Warner Brothers hiring me, I still had to meet Jo Rowling. She had the final say,” he told Variety.

“I said to myself, ‘I’ve got to make this film for myself.’ I didn’t think about the billions of eyes that would be on this film when it was released.”

Columbus mentioned that he would love to adapt the two-part play, Harry Potter & The Cursed Child into a feature film. The stage play won six Tony Awards in 2018 including Best Play.

“I would love to direct The Cursed Child. It’s a great play and the kids are actually the right age to play those roles. It’s a small fantasy of mine,” he expressed.

The last Harry Potter film, Harry Potter and the Deathly Hollows Part 2 hit cinemas in 2011. It was directed by English director David Yates. The film generated $7.7 million (R116 million) at the box office.

After the Harry Potter franchise ended, lead actor Daniel Radcliffe starred in several other films including The Woman in Black and romantic comedy, Trainwreck.

One of Emma Watson’s (Hermione Granger)  most popular roles after Harry Potter was The Perks of Being a Wallflower in 2012.

Rupert Grint aka Ron Weasly appeared in films but also made his theatre debut in 2013. He played Mojo in West End.