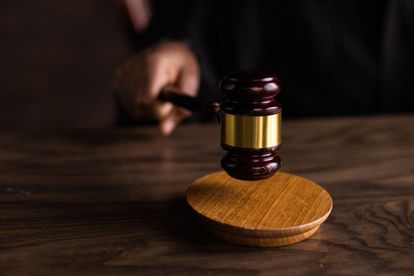 Do you know the full extent of God’s love? Photo: PEXELS

Do you know the full extent of God’s love? Photo: PEXELS

There seems to be a lot of talk these days about judging others. There are so many scriptures in the Word that command us not to judge others e.g.

“Do not judge, or you too will be judged.”

Because I have always agreed with this in my heart, I have found it difficult to stand for what I  believe to be right (according to God’s Word) if it clashes with another person’s viewpoint, because  then it could come across as though I am judging them.

This was always a big concern for me because of my love for unadulterated truth (which was what  led me to the Lord in the first place)! Trying to balance that with my love of people (and their  differing viewpoints and lifestyles) was a tough balancing act, until I understood the following:

THE WORD ‘JUDGE’ IN GREEK AND IN AFRIKAANS

There are two Greek words for “judgment” in the Bible:

1. ANAKRINO – to judge, to investigate, to scrutinize

An Afrikaans friend recently told me that there are three words relating to “judgment,” which  helped clarify things further for me:

1. Be-oordeel – which means to distinguish between right and wrong

2. Oordeel – which means to judge a situation

3. Ver-ordeel – which means to judge with bitterness (accusing or condemning)

These explanations were a revelation to me, as I have always believed that each of us have the right  to judge for ourselves what we believe to be right or wrong.

In fact, God expects us to judge right from wrong, otherwise how would we be able to choose His  ways if we don’t understand /seek out what He considers to be right?

Throughout His word, God reminds us that the key to abundant living is to trust and obey – but then  surely, we need to be able to judge what is right (according to His Word) if we want to obey Him?

Another point of confusion was that there are also various scriptures that tell us that we OUGHT to  judge:

“The person with the Spirit makes judgments about all things, but such a  person is not subject to merely human judgments”

John 7:24 (NIV) Stop judging by mere appearances, but instead judge correctly.” Leviticus 19:15 (NIV) “‘Do not pervert justice; do not show partiality to the poor or favoritism to the  great but judge your neighbor fairly.

However, from these Greek and Afrikaans descriptions, we can see that it is not wrong to voice one’s understanding of right and wrong according to God’s word – for this could in fact be a loving act if  someone needs to hear His truth. Rather, God’s command is to not judge others with the purpose of  condemning or accusing them, because He is the only one who can judge the heart:

“A person may think their own ways are right, but the LORD weighs the heart.”

Jesus’ mission was to love, not to Judge

John 8: 3-11 tells the story of the woman caught in adultery. The Pharisees, wanting to stone her,  tried to trap Jesus, and asked him “What do you say”? Jesus responded with that well known  statement: “Let any of you who is without sin, cast the first stone”…then He said to the woman: “Neither do I condemn you, go now and leave your life of sin”.

Lord God, please give us wisdom to know the difference between voicing what we consider to be  your truth vs judging another person’s behavior.

Receiving truth can be tough, but we know your purpose is always to convict and never to condemn. Help us speak your truth in love we pray.