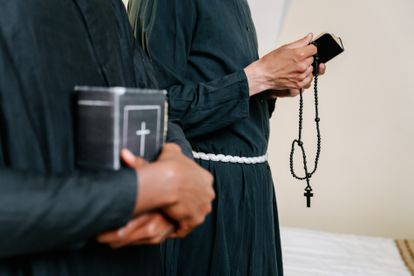 Get your daily bible verse and prayer here to start you day with hope, EVERYDAY. You are deeply and eternally loved. Photo: Pexel / Ivan Samkov

Get your daily bible verse and prayer here to start you day with hope, EVERYDAY. You are deeply and eternally loved. Photo: Pexel / Ivan Samkov

A Catholic priest seized last week in northwestern Nigeria was killed by his abductors while another kidnapped priest escaped, a Christian leader said Wednesday.

Criminal gangs known as bandits who terrorise communities in northwest and central Nigeria often target Christian clergy, among other prominent individuals they abduct for ransom.

Priests John Mark Chietnum and Donatus Cleopas were seized on 15 July in a church at Yadin Gura village in Kaduna state where they had stopped for the night, said Joseph Hayab, head of the Christian Association of Nigeria (CAN) in Kaduna.

On Tuesday Cleopas managed to escape from his abductors as they were leading him to a meeting point where they were expecting to receive ransom from a CAN envoy for his release.

“We were able to recover the body of the late priest, which has substantially decomposed, and we are going to conduct the burial tomorrow,”

Hayab negotiated for days with the bandits, who initially demanded 60 million naira (around $145 000) for both priests.

It was “unknown to us (that) one of them had been killed,” said Hayab, adding that they had finally agreed on a “reasonable amount.” He gave no details.

The escaped priest could not reach his parish in time to inform them not to pay the ransom as he had no phone on him.

“Our dilemma now is that the bandits have detained the man sent to deliver the ransom after taking the money,”

Priests are “being deliberately targeted by bandits, who have in the past two years kidnapped 13 of them,” he said.

Kaduna has been one of the hardest-hit states for gang attacks.