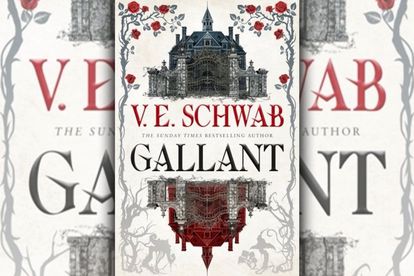 American author Victoria Elizabeth Schwab, more commonly known as VE Schwab, has written several bestsellers over the years. She is most famous for her Shades of Magic series and The Invisible Life of Addie LaRue.

Schwab has also written several bestselling comic books and has branched out into TV and film with her series First Kill, which is set to be released on the big screen on 10 June.

Her latest novel, Gallant, is a wonderfully dark story that captivates young and old. Even though this novel is classified as a young-adult work of fiction, this book can also be enjoyed by older audiences.

An added bonus to the already compelling story, is the stunning illustrations by Manuel Sumberac which are are scattered throughout the book.

‘GALLANT’ IS WHERE ‘CORALINE’ MEETS ‘HAUNTING OF HILL HOUSE’

When autumn rolls around, I am always in the mood for a good ol’ ghost story. Something about the leaves changing and the nights getting colder just make me long to curl up under blankets, drink hot chocolate and read ghosts stories.

VE Schwab came to the rescue and Gallant was the answer to my autumn ghost story craving!

Gallant has been described (rightly so) as the perfect book to read on a dark and stormy night, and I could not agree more.

“This story strikes just the right balance between menace and melancholy, and the undercurrent of grief running beneath the suspense and horror brings emotional nuance and deep sympathy for each. This will be a surefire hit with fans of ‘Frances Hardinge’, or any reader looking for a dark read on a stormy night.”

– Bulletin for Center of Children’s Books

Olivia Prior has grown up in Merilance School for Girls, and all she has of her past is her mother’s journal — which seems to unravel into madness. Then, a letter invites Olivia to come home to Gallant. Yet when Olivia arrives, no one is expecting her.

But Olivia is not about to leave the first place that feels like home; it doesn’t matter if her cousin Matthew is hostile, or if she sees half-formed ghouls haunting the hallways.

Olivia knows that Gallant is hiding secrets, and she is determined to uncover them. When she crosses a ruined wall at just the right moment, Olivia finds herself in a place that is Gallant — but not. The manor is crumbling, the ghouls are solid, and a mysterious figure rules over all.

Now Olivia sees what has unravelled generations of her family, and where her father may have come from.

OUR FAVOURITE QUOTES FROM ‘GALLANT’

The master of the house stands at the garden wall. It is a grim stretch of stone, an iron door locked and bolted at its center. There is a narrow gap between the door and the rock and when the breeze is right, it carries the scent of summer, sweet as melon, and the distant warmth of sun. There is no breeze tonight.

Her mother, who has always been a mystery, an empty space, an outline, the edges just firm enough to mark the absence.

And then she hears it. Not voices or music, but movement. Ghouls make no sound when they move, but humans do. They make a lot of noise, simply being. They breathe, and they walk, and they touch, and all of it creates noise, the kind you hardly notice over the louder, ringing sounds like laughter and speech.

Victoria Elizabeth Schwab is the No 1 New York Times bestselling author of more than 20 books. Her work has received critical acclaim and has been translated into over two dozen languages. Her stories have even made it onto the silver screen; First Kill – a YA vampire series based on Schwab’s short story of the same name – is currently in the works at Netflix.

When not haunting Paris streets or trudging up English hillsides, she lives in Edinburgh, Scotland. She is usually tucked in the corner of a coffee shop, dreaming up monsters.

Gallant is published by Titan Books and is available for purchase at Exclusive Books stores for R262.