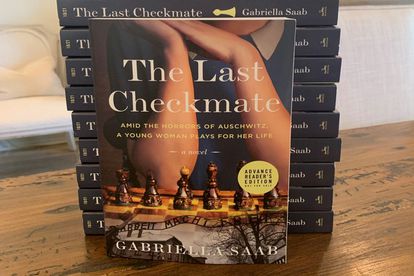 “The Last Checkmate” by Gabriella Saab. Image via Twitter @GabriellaSaab.

“The Last Checkmate” by Gabriella Saab. Image via Twitter @GabriellaSaab.

Hailed as the perfect combination between the beloved The Queen’s Gambit and The Tattooist of Auschwitz, author Gabriella Saab’s first novel, The Last Checkmate, tells the story of Maria, a young Polish resistance worker, imprisoned in Auschwitz as a political prisoner, who has to play chess in exchange for her life.

Even though The Last Checkmate features chess as a theme, readers should not expect this novel to have such an intense focus on the game as, for example, The Queen’s Gambit. In Saab’s writing, the characters and their relationships take centre stage, and while chess is a means for the main character, Maria, to survive, the crux of the story is personal strength, survival and the importance of human connection.

MOVING EXPLORATIONS OF TRAUMA AND FRIENDSHIP

Saab’s strength is in her characters. With embellished and detailed writing, Saab makes these fictional characters intensely, human and the reader is invested from the very first page. Her character of Maria is a force to be reckoned with and the relationships she forms with the other equally as complex characters is a triumph of writing.

My favourite element of this book was the realistic exploration of healing after trauma. Often, in books which centre around captivity, writers tend to create the idea that once the characters escape or are freed, the story can end because everything is better now. Saab steers clear of this trope and dives into the aftermath of survival, making this a unique WWII novel.

“Harrowing and heartbreaking, “The Last Checkmate” kept me turning pages long into the night. A fantastic debut!”

“I was speechless when I finished reading this book. Raw and powerful in its humanity, “The Last Checkmate” will break your heart and stitch it back together again. Gabriella Saab has given us a rare and wondrous gift. A must read for all historical fiction lovers.”

“From the strategic opening move of the “The Last Checkmate”, I was in the grip of an unforgettable story with vivid prose and heart stopping scenes, Saab unfolds the story like her protagonist plays chess, with cunning wit and brilliant strategy. Gabriella Saab’s debut is immersive, smart, and haunting; a-do-not-miss WWII historical novel.”

Maria Florkowska is many things: daughter, avid chess player, and, as a member of the Polish underground resistance in Nazi-occupied Warsaw, a young woman brave beyond her years. Captured by the Gestapo, she is imprisoned in Auschwitz, but while her family is sent to their deaths, she is spared. Realizing her ability to play chess, the sadistic camp deputy, Karl Fritzsch, decides to use her as a chess opponent to entertain the camp guards. However, once he tires of exploiting her skills, he has every intention of killing her.

Befriended by a Catholic priest, Maria attempts to overcome her grief, vows to avenge the murder of her family, and plays for her life. For four gruelling years, her strategy is simple: Live. Fight. Survive. By cleverly provoking Fritzsch’s volatile nature in front of his superiors, Maria intends to orchestrate his downfall. Only then will she have a chance to evade the fate awaiting her and see him punished for his wickedness.

As she carries out her plan and the war nears its end, she challenges her former nemesis to one final game, certain to end in life or death, in failure or justice. If Maria can bear to face Fritzsch—and her past—one last time.

Gabriella Saab graduated from Mississippi State University with a bachelor’s of business administration in marketing. Her love for writing and reading, however, led her to persuing her own writing career. In researching this novel, she traveled to Warsaw and Auschwitz to dig deeper into the experiences and settings of those who lived there. The Last Checkmate is her first novel but she has already started work on her second book All The Scars We Bear.

The Last Checkmate is published by William Morrow and is available at Exclusive Books for R297.

Ramaphosa versus Mkhize: Battle for ANC President will be a two-horse race