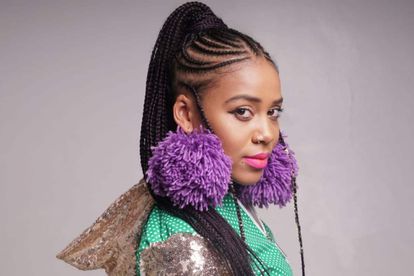 Multi-award winning singer-songwriter Maya Wegerif, best known by her fans as Sho Madjozi, rocketed to international stardom with her 2019 hit, John Cena. Now the colourful rapper is shooting for the literary stars with her debut children’s book, Shoma and the Stars.

According to Ethnikids Publishers, the children’s book is a unique South African tale with an important message and a touching backstory.

The Limpopo-born musician, who also boasts a degree in creative writing, wrote this story of celebrating one’s uniqueness and being courageous as a tribute to her younger sister, Makhanani “Nyeleti” Maganye. Nyeleti tragically died in a car accident in 2019.

“I was inspired by my young fans who became my little sisters when I lost mine,” the singer said. “My young fans, whom I call the ‘The Sho Madjozi Stars’, motivated me to keep going.”

According to News Central.Africa, her manager showed her photos of young girls getting Sho Madjozi braids a couple of days after she lost her sister.

“They were like bright little stars when my life felt so dark. I remember crying and crying when I saw that. It was so touching. My young fans gave me the strength to keep going. They are my biggest inspiration, and with this book, I want to keep encouraging them to celebrate being daring and different,” Madjozi said.

ALSO READ: ‘I miss you so much’: Sho Madjozi still reeling after sister’s tragic death

‘Shoma and the Stars’: Dealing with loss and being an outsider

Shoma and the Stars tells the tale of a little girl called Shoma who grows up in a South African village. From her parents, to the way she dresses and likes to do her hair, it is clear that Shoma was always going to be a little bit different. Very much like Sho herself!

Luckily, Shoma has a little sister, Nyeleti, who she does everything with. But one day Nyeleti, which means “star” in Xitsonga, disappears to become a star in the sky.

The book unfurls the tale of Shoma learning to accept loss, navigating life as an outsider and eventually learning that her uniqueness is her power. By being herself, little Shoma saves the day and finds a new group of “sisters”.

The story behind the story

Sho Madjozi fell in love with the power of writing at a young age.

“I have loved words all my life. I have been writing poems and stories since I was seven years old.”

Her most cherished gifts from her parents as a child were the many books they blessed her with. She credits this early proclivity to writing for her subsequent interest and career in music.

“Even my introduction to music was through writing. The only difference is that now I’m writing lyrics.” she added. “I am so glad I was a bookworm, or I wouldn’t be who I am today.”

The John Cena hitmaker is known for being proud of her roots and promoting the Xitsonga culture in her music and iconic style and fashion choices. The book resonates with her vibrant, colourful personality and style and includes an immersive visual experience.

Various pages of the book include 3D animation elements that can be accessed via a smart mobile device. The typography and imagery of the book is beautiful and vibrant, aligned with the Sho Madjozi brand and illustrated by artist Katlego Keokgale.

And since Sho Madjozi is a musician after all, young fans can expect music that goes along with this new extension of Sho Madjozi, Shoma and the Stars!

Shoma and the Stars is available for purchase (R180) nationwide at all major South African book retailers.