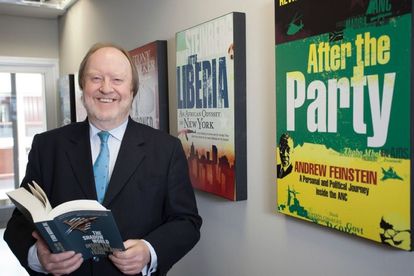 Jonathan Ball passed away at the age of 69 on Saturday 4 April. Image via Twitter @EHuge

Jonathan Ball passed away at the age of 69 on Saturday 4 April. Image via Twitter @EHuge

“Fearless” South African publisher Jonathan Ball, who founded Jonathan Ball Publishers in 1976 and shot to publishing fame in 1978 with the bombshell book The Super-Afrikaners, has passed away.

The Super-Afrikaners, co-written by journalists Ivor Wilkins and Hans Strydom, exposed the inner workings of the Afrikaner Broederbond and named the members of the secret organisation which had Afrikaner nationalism at its core.

It became an instant bestseller and Ball reportedly received several visits from the security police.

In his orbituary on Ball on News24, Ashton notes that the 1970s ended with “a coup for Ball” when he got the rights to publish Thomas Pakenham’s The Boer War in South Africa in 1979.

Throughout the years, Ball cemented his position in the South African publishing world as a publisher of liberal books (or what he called “books of liberal sanity”) and at the end of the 1980s, he landed the rights to publish “the most important political books” of the time, according to Ashton.

Ball “took on the establishment and challenged the oppressive political climate of the day” and Ashton comments that, after 1994, the publisher “soon found the flaws in the new political establishment”.

In 2007, Jonathan Ball Publishers published former ANC MP Andrew Feinstein’s After the Party: A Personal and Political Journey Inside the ANC which focuses on the Arms Deal as an example of the start of the ANC’s internal decline.

And so Ball continued to publish seminal political books, such as Mark Gevisser’s biography of former president Thabo Mbeki, A Dream Deferred, as well as Adriaan Basson’s Zuma Exposed.

His publishing company has also distributed the Harry Potter series, as well as the books of international best-selling authors such as Wilbur Smith and Jodi Picoult (Picoh).

Tributes and ‘many, many Marlboros along the way’

Tributes poured in for the publishing icon on Twitter, with author and politician Michael Cardo tweeting that this “all-round legend” had “many, many Marlboros along the way, right to the very end”.