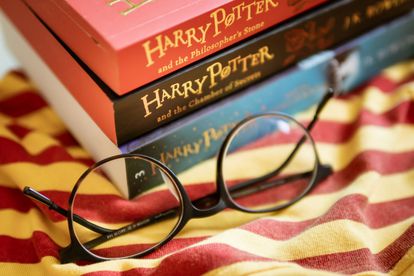 This year marks the 25th anniversary of the release of ‘Harry Potter and the Philosopher’s Stone’. Image: Adobe Stock

This year marks the 25th anniversary of the release of ‘Harry Potter and the Philosopher’s Stone’. Image: Adobe Stock

It’s been 25 years since JK Rowling took the world by storm with Harry Potter and the Philosopher’s Stone. To mark the anniversary, a special edition which includes additional pages with fun facts has been released in June.

While the magical world seem like a great escape from reality, Harry Potter is so much more than that. Harry Potter and the Philosopher’s Stone is ultimately a timeless story about the triumph of love over prejudice and cruelty, told through the eyes of a gutsy boy who finds hope and love despite his suffering.

Orphaned Harry Potter has been living with his aunt and uncle for the past ten years. Bullied at school and abused at home, Harry dreams of escape.

His wish comes true when a giant called Hagrid comes to tell him that he’s a wizard and will be going to Hogwarts School of Witchcraft and Wizardry, a boarding school far from his relatives where he will learn to use magic and meet Ron and Hermione.

Of course, that’s not the end of Harry’s troubles. He soon learns that he has a mortal enemy in the form of Lord Voldemort who killed his parents. Voldemort is reckoned to be dead but when Harry arrives at Hogwarts, his life is endangered again and again. Is a scary teacher after him or could it truly be the fearsome Voldemort?

As he investigates these dramas, Harry develops close friendships and finds a home in the wizarding world. He learns about prejudice and soon must make his own stand in the fight against evil.

ALSO READ: Inspiring role model for kids ‘Wanda the Brave’ is back!

Is ‘Harry Potter and the Philosopher’s Stone’ for the child in your life?

Harry Potter and the Philosopher’s Stone is a good choice for independent readers aged 10 years and up. While dealing with big issues, the magical world creates something of a safe space for children to think about these topics.

Younger children from age seven may enjoy having an adult read it aloud. However, Harry Potter and the Philosopher’s Stone has nightmare material, especially towards the end of the book, so it’s not a good bedtime read. Enjoy it in the middle of the day when there’s time to talk through anything scary.

At the same time, though, the ultimate theme of each book in the series is about the power of love and breaking down prejudice. While some fans have parted ways with the story, others are reinterpreting it to find inclusivity and diversity in the narrative.

The podcast Harry Potter and the Sacred Text is a good example of this. The podcaster often prompt child-appropriate debate on the books.

The attraction of the Harry Potter books is truly provided by the plot. There are so many references to Western history in the magical world that it makes flying broomsticks and magical incantations feel so close to Western reality like it really could just be behind a bricked wall in central London.

ALSO READ: ‘One of Us Is Lying’: Viral murder mystery the perfect Youth Month read

JK Rowling: More about the author

In 2020, she wrote the children’s book The Ickabog.  Rowling has also written adult fiction, including The Casual Vacancy and The Cuckoo’s Calling.

Harry Potter and the Philosopher’s Stone is published by Bloomsbury. It retails for R211 at Exclusive Books. As part of its Children’s Month promotion, Exclusive Books stores across the country are hosting Harry Potter-themed children’s events and family quizzes in June and July.