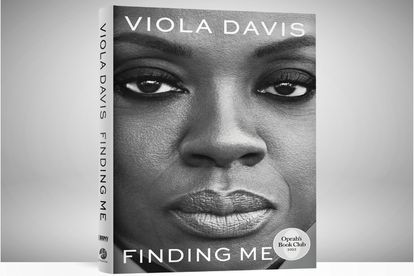 ‘Finding Me’ is the memoir of Oscar-winning actress Viola Davis. Image via Twitter @violadavis

‘Finding Me’ is the memoir of Oscar-winning actress Viola Davis. Image via Twitter @violadavis

Academy Award-winning actress Viola Davis is no stranger to expertly portraying characters on the big screen. Audiences will know her from movies such as The Help and Doubt, but she is most well known for her role as Annalise Keating in the series How to Get Away with Murder.

In her memoir, Finding Me, Viola Davis tackles her biggest challenge yet: Accepting herself and her past.

Just before the release of her memoir, Davis sat down for an interview with talk show host, actress and producer Oprah Winfrey.

In this now viral Netflix special, Davis and Winfrey discusses her memoir and fans get a glimpse into Davis’s past, her struggle with loving herself and the trauma she lived with for years.

In Finding Me, Davis opens up about her childhood as she tells the story of small Viola, a child who wanted nothing more than to be loved but who had to fight for survival in every way. It is a remarkable story about a girl who had a dream to escape the horror of her formative years and be someone.

‘FINDING ME’ SHINES LIGHT ON DARK UNDERBELLY OF RACIAL POVERTY

In her memoir, Davis reveals the severe poverty she and her family lived in while she was growing up in Rhode Island. She also reveals the racism she faced on a daily basis — from her classmates on the playground to her neighbours.

The hate and abuse she experienced shaped her own perception of herself and led to intense self-loathing and rejection.

But even though this story is filled with the horror of abuse, violence and racism suffered by a young Viola Davis and her family, it is also a story of strength.

Davis refused to be weighed down by her past and her trauma and she fought hard for a life of beauty. Only by going back and confronting the darkest demons of her past, was Davis able to move forward. She is a testament to the power of the human spirit and her story should be read by everyone.

In her interview with Winfrey, Davis credits the COVID-19 pandemic as the reason why she wrote her memoir. While all our lives were halted in their tracks, Davis decided that the time was right for her to put pen to paper and tell her story.

According to the Independent, Davis “was motivated by a search for meaning that was exacerbated by the isolation she felt over the past few years”.

Memories are immortal. They’re deathless and precise. They have the power of giving you joy and perspective in hard times. Or, they can strangle you. Define you in a way that’s based more in other people’s tucked-up perceptions than truth.

What I have realised since is that those moments of feeling alive are part of a continuum. You find that moment. You bask in it. Then as soon as it passes, life becomes about chasing the next moment. I now understand that life, and living it, is more about being present. I’m now aware that the not-so-happy memories lie in wait; but the hope and the joy also lie in wait.

As an actor, you become a soul searcher. A thief. After the curtain call, you are left with you.

Success is absolutely wonderful, but it’s not who you are. Who you are is measured by something way more abstract and emotional, ethereal than outward success.

Finding Me is published by Coronet Publishers and is available at Exclusive Books stores for R363.