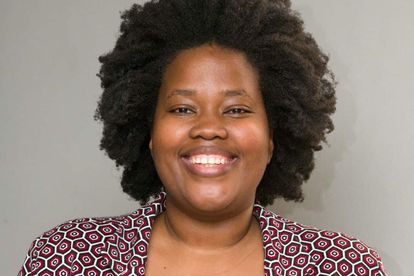 Siphokazi Jonas opened Thursday night’s State of the Nation (Sona) address with What Does Not Sink, a commanding poem about the pandemic and our collective resilience as South Africans in the face of adversity.

Brave, committed, patriotic and passionate, Jonas is not one to mince her words.

Siphokazi Jonas on her powerful poem

“What Does Not Sink is a reflection on the far-reaching effects of COVID. The phycological mass trauma, not only as a country but that suffered by every citizen of the world,” Jonas said.

“What does the future look like? What does it mean?” her poem asks. The piece insists we can’t simply go back to the way things were.

“It considers imagining a new version of us and how we can adapt in all sectors,” Siphokazi Jonas said. “It’s looking back, reflecting, but also contemplating where we go from here.

“My wish is for my poem to be received as a reminder of the importance of community,” Jonas said.

“It doesn’t come with easy answers, because we don’t have those. To memorialise and reflect upon those we’ve lost, but also remind ourselves that what we have is each other, the connections, the relationships that help shape our lives.”

As for the opportunity to share her wish with the country as a guest of the Presidency, Jonas pointed to the power of creativity.

“I am pleased that we can use the arts to acknowledge our collective struggle while celebrating the lives lost in the utmost respectful way,” she said proudly.

Community has power to rise above challenges

Care, respect and empathy, when practised as a people, can support and help overcome even the biggest challenges life throws at us, Siphokazi Jonas contended.

“If we all do this together, as a community, we will rise above it. Of that I am certain.”

Siphokazi Jonas a voice for the voiceless

Siphokazi Jonas is a highly respected producer, playwright, performer and UCT Masters graduate. Her work is well known for its realism and powerful messaging tackling topics which give a voice to millions unable to expressive them.

“My work gives us language and helps us to articulate ourselves,” she said.

Her most recent stage and short-film production, We Are Dying Here, continues to receive critical acclaim around the world. The production is about three women’s responses to the prevalence of the violent culture of harassment, abuse, rape and femicide in South Africa.

READ THE FULL POEM BELOW

‘What Does Not Sink‘, by Siphokazi Jonas

There is a flood inside our house.

The water climbs up the wall when we weep;

it does not let us breathe.

Everything is wet with grief.

Before this pandemic, we would cast a funeral song into the dark like a flare,

Before grief reached out ankles.

Before it swept us to our knees.

Before it flowed into our pots and our beds.

To mourn meant a community gathered,

like a bank between you and the river of death.

Now death has dampened this ritual –

This flood has reached into the inner rooms

and quenched lives young and old.

It has taken what we are not ready to lose.

It spits the stories of the living into the street as injured furniture.

whose life has no space to protest a beach,

Or the man who dies for a beer in his backyard.

And the nurse tying a tattered mask together with prayer and is still unprotected.

Or the artist who contemplates eating her own words to ease her hunger — and art starves.

This flood ruins us all.

But what of the after,

when the depth of this moment is absorbed

Who will we be?

We are a people who know how to build out of the remnants of disaster,

and we will do it again, and again.

When we salvage what is useful,

may we find ourselves baptised into something new:

A people who have learned to breathe underwater,

reciting the names of those we have lost, and memories that never sink.