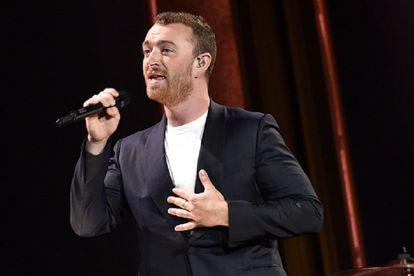 SACRAMENTO, CA – AUGUST 24: Sam Smith performs during his “The Thrill of It All Tour” at Golden 1 Center on August 24, 2018 in Sacramento, California. (Photo by Tim Mosenfelder/Getty Images)

SACRAMENTO, CA – AUGUST 24: Sam Smith performs during his “The Thrill of It All Tour” at Golden 1 Center on August 24, 2018 in Sacramento, California. (Photo by Tim Mosenfelder/Getty Images)

We’ve got another global megastar visiting Mzansi in 2019! Music lovers across the country will be clamouring to see Sam Smith in South Africa, as he brings his The Thrill Of It All tour to these shores.

Where do you even start with his repertoire of smash-hit songs? Smith has cracked America, topping the Billboard charts with the album his tour is named after. He’ll be performing the classic hits Stay With Me, I’m Not the Only One, Too Good at Goodbyes and many, many more.

He’s scooped three Brit Awards and Two Grammys and even got a nod from the Oscars panel for his contribution to Writings On The Wall – the theme song for the most recent James Bond movie, Spectre.

If you’re desperate to see the crooner strut his stuff in SA, here’s what you need to know:

When is Sam Smith performing in South Africa?

We’ve got him for four nights in total when he arrives in 2019: His first two dates are on Saturday 13 and Sunday 14 April, before his third and fourth gigs take place on Tuesday 16 and Wednesday 17 April.

Where will Sam Smith perform live in Sa?

How can I buy tickets for Sam Smith in South Africa?

If you’re a Discovery Card holder, the exclusive pre-sale window is open for you guys. However, the rest of us are going to have to wait until 9:00 on Thursday morning before booking our tickets.

It’s a fairly easy process. You simply visit www.bigconcerts.co.za and follow the on-screen instructions. You can then choose the number of tickets you want, the venue you want to attend and where you’d like to sit.

So far, we know that the minimum price bracket is R575. When tickets are released on Thursday, a more comprehensive range of costs will be available. It’s likely that you’ll be paying over R600 if you want to be nearer the stage, though.

Sam Smith’s The Thrill Of It All tour

The Thrill of It All, which has already sold four million copies, sees Sam Smith in South Africa to deliver a string of fine performances. He’s worked alongside Jimmy Napes as well as the likes of Timbaland, Malay, Jason ‘Poo Bear’ Boyd and Stargate for this record. The album also sees Sam collaborate with unsigned artist YEBBA for their breathtaking track No Peace.

Too Good At Goodbyes, the first single off the new album, saw global success hitting #1 in the UK and Global Spotify Charts, #1 in the UK and US iTunes charts and entering the official UK charts at #1 making it Sam’s sixth UK number one single. One Last Song – a track Sam wrote as a final wave goodbye to the person that inspired his breakout debut record In the Lonely Hour.