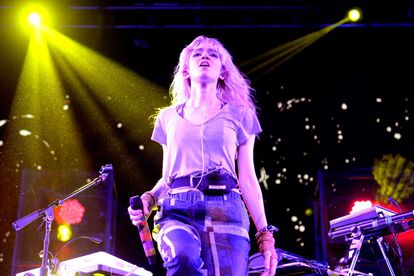 NFT is fast becoming the acronym of 2021, offering a new way to sell digital art online, and music stars like Kings of Leon and Elon Musk’s girlfriend, Grimes, have been quick to get in on the action.

For many, it remains a baffling concept, but an NFT (“non-fungible token” — pronounced “nifty”) essentially offers collectors proof that they “own” a digital artwork by logging that ownership on the blockchain, the online database that underpins cryptocurrencies like Bitcoin.

In no time, it has taken the art world by storm. Just last week, a collage by digital artist Beeple sold at auction for $69.3m (just over R1bn), reportedly the third highest-ever sale for a living artist in any medium.

Many see an opportunity to monetise digital art of all kinds, offering wealthy collectors the bragging rights to ultimate ownership, even if the work can be endlessly copied. For investors, it’s also a new commodity to be traded.

In the music world — an industry which has seen its value shredded by digitisation over the past 20 years — NFTs offer hope of a valuable new revenue stream.

Earlier in March, US rockers Kings of Leon raised more than $2m (R29.8m) by auctioning off NFT versions of their new album When You See Yourself, according to Rolling Stone magazine, of which a quarter went to a solidarity fund for live event workers.

Their NFTs offered more than just the abstract notion of owning something rare. They came with access to photos by band member Matthew Followill, collector’s editions of the vinyl, and, at the top end, a lifetime “golden ticket” to front-row seats at their live shows.

‘Goldrush where anything is possible’

Josh Katz, CEO of YellowHeart, the NFT auction platform used by Kings of Leon, claimed it was “ushering in the new music era”.

“Through the use of NFTs and blockchain technology, we’ll begin to see the industry start to move toward a more decentralised model that fosters symbiotic relationships between music lovers and artists,” he said.

“Artists will monetise their content again and fans will have transparency when buying both content and concert tickets.”

Other musicians tap into NFTs

Several stars are already tapping the opportunity. Mike Shinoda, of US rap-metal group Linkin Park, recently sold an NFT version of a single which came with an animated visual created by artist Cain Caser.

Canadian singer Grimes, who has always had a strongly visual component to match the futuristic, dystopian vibes of her music, recently sold an audiovisual collection as NFTs for about $6m (R89.5m).

Not everyone is convinced

Not everyone is entirely convinced, however.

“If this technology is put to the service of artists, that’s great. But if we aren’t very careful, they risk being stripped of their copyright,” Emily Gonneau, French author of a book on music in the digital age, said.

“Anyone can sample anything off the internet and claim to be the creator of an NFT… Then we’re on a gold rush where anything is possible,” she said.

Several digital artists, including one who goes by the name Weird Undead, have already found their work being ripped off and sold on NFT platforms, according to online magazine Decrypt.

The anonymous, decentralised nature of the blockchain makes it hard to counter these copyright infringements.

But the flipside, blockchain investment consultant Eloisa Marchesoni argued, was that NFTs made it much easier to verify items issued by the real artists, since each artwork, concert ticket or collectible has its own digital signature logged on the blockchain that cannot be falsified.

The best opportunity for artists, she said, was the ability to sell add-ons that boost their income.

“You can grant access to a whole variety of perks,” Marchesoni said.

“Let’s say you buy a rare shoe from an artist. The NFT guarantees its authenticity, but also grants you access to a contest where you can win some special experience with the artist.

“It’s no different from the traditional art market: people with spare time and capital looking for that sense of exclusivity,” Marchesoni said.

“But now it’s being democratised — anyone can easily go online and buy an NFT.”

From banking to farming

Nota reacts to wife Berita’s allegations: ‘A woman will humiliate you’