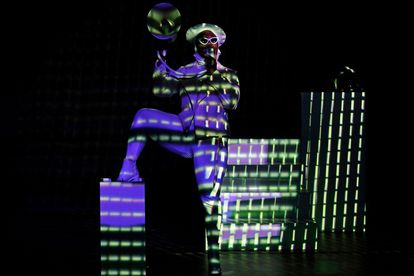 Artists can gear up for the next instalment of the biggest annual showcase of local and international talent. The 2023 National Arts Festival (NAF) Curated Programme is open for proposals, the festival has announced on 7 October 2022.

The Curated Programme is the festival’s multi-disciplinary offering, selected from proposals submitted by artists locally and abroad.

The NAF is inviting artists to submit proposals for their work to be presented at the festival between 22 June and 2 July 2023. Organisers will hold the two-week event at the festival’s home town of Makhanda in the Eastern Cape.Any artist working in performing and public arts, theatre, dance, visual art, music, poetry, illusion, comedy and cross-genre mediums is invited to submit.

The festival is looking for new or previously staged works produced on the continent and elsewhere in the world.

The NAF programme will also feature a “Fringe” section comprising works that are not curated but brought to the Festival. These are financed by the artists themselves. This separate call that will open on 1 November 2022 and close on 13 January 2023.

ARTISTS CAN ONLY SUBMIT ONLINE

According to a statement by the NAF, the submission process is entirely online. Proposals should be submitted by midnight, central African time (CAT) on 22 November 2022. Applicants can visit the festival’s website to apply.

ART AGAINST ALL ODDS

Despite global economic downturn affecting the livelihoods of artists everywhere, the 2022 NAF was a success, the festival says in a statement.

The myriad of artists who attended this year’s gathering included international producers. Many of these artists went on to tour across the country.

“The Festival remains a platform for a range of works, some of which may not yet have been seen on commercial stages. It is also a space for works that are being re-imagined or that have toured elsewhere in the world,” says Seethal.

“The premise of the National Arts Festival has always been to create expansive worlds and moving experiences in South Africa. We are also focused on developing relationships, collaboration and professional association with artists on the African continent and internationally too.”