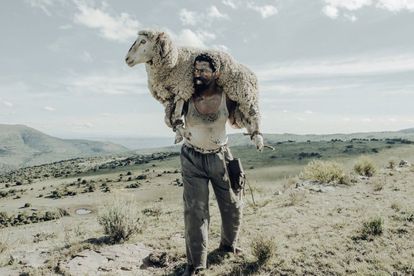 South African director Jahmil XT Qubeka is at the London Film Festival to support his dramatic and disturbing thriller Sew the Winter to my Skin which has also been selected for the Oscar’s Foreign Language film. He was last here in 2013 with his powerful Of Good Report and this year he comes with an even more ravishing film which will screen twice at the festival.

Kepe operated between 1940 and 1951, robbing the properties of white settlers in the area, mainly of livestock which he distributed amongst local communities. Eventually, the retired hardliner General Botha (played by Peter Kurth) led a vigilante hunt for him.

The film has little dialogue, mainly subtitled Afrikaans, and Great Karoo locations of stunning beauty which set off this raw and thrilling tale.