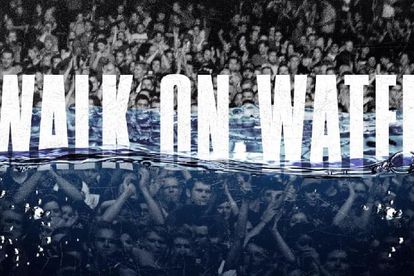 With his last album The Marshall Mathers LP 2 coming four years ago, Eminem fans have been left waiting for new music. With a couple of features building up over the last few months and a cypher that tore Donald Trump to pieces, Eminem has been on the comeback trail.

On Friday, Eminem released the first single from his upcoming album REVIVAL, “Walk on Water”. The song doesn’t just rely on Eminem’s star power though,  global phenomenon joins the rapper to deliver an emotional chorus.

While there are no fast beats and rapid bars, Em takes the time to spit truth and reveal his insecurities over a moving piano ballad.

“Why, are expectations so high?
Is it the bar I set?
My arms, I stretch, but I can’t reach
A far cry from it, or it’s in my grasp, but as
Soon as I grab, squeeze
I lose my grip like the flying trapeze”

“Knowing that no matter what bars I come with
You’re gonna hark, gripe, and that’s a hard Vicodin to swallow
So I scrap these, as pressure increases, like khakis
I feel the ice cracking, because..”

The song clearly goes into detail of the pressure the rapper feels from his fan base. Constantly having to deal with trying to write a verse better than his last. The lyrics are boosted even further with the sound of paper being ripped off a notepad and being crumpled up and tossed away.

The Beyonce sung chorus is just as moving…

You can buy the song on iTunes, stream it on AppleMusic or even just listen to the audio clip on YouTube. We’ve got the song below, check it out and be sure to let us know what you think. Is Em right to feel the constant pressure he feels?