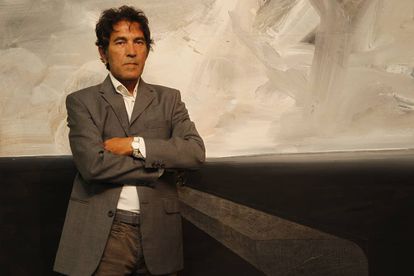 An Italian artist, Salvatore Garau, recently managed to sell an invisible sculpture for €15 000 (R251 982) at an Art-Rite auction. Titled Io Sono (Italian for I am) the work is “immaterial” and only exists in the artist’s imagination.

The new owner of the work, however, was given a certificate of authenticity, which is the only tangible trace of the sculpture. Garau hit back at critics of the odd sale, saying that the work is not “nothing” but rather a “vacuum,” according to Newsweek.

INVISIBLE SCULPTURE RAKES IN THE CASH

Strangely enough, the 67-year-old said the I am sculpture must be displayed in a special room free from obstruction in a 150cm by 150cm space.  He added that the invisible sculpture requires no special lighting – since you cannot see it, according to local media reports.

“The successful outcome of the auction testifies to an irrefutable fact: the [vacuum] is nothing but a space full of energy, and even if we empty it and nothing remains, according to Heisenberg’s uncertainty principle that nothingness has a weight,” said Garau, explaining the work.

“It therefore has energy that condenses and transforms into particles, in short, in us! When I decide to ‘exhibit’ an immaterial sculpture in a given space, that space will concentrate a certain quantity and density of thoughts in a precise point, creating a sculpture that from my title alone will take the most varied forms.

“After all, don’t we give shape to a God we have never seen,” said Garau.

‘YOU DO NOT SEE IT BUT IT EXISTS’

It is not the first time the artist from Sardinia has created an immaterial artwork. He unveiled an invisible sculpture – titled Buddha in Contemplation ­- at the Piazza della Scala in Milan, last month, but it is the first time he has managed to sell one of these “imaginary” works.

We wish we could show a picture of the sculpture but since that is not possible, this will have to do. In a video, the area where the invisible Buddha sculpture was located in Milan, is cordoned off with tape, which is as good as it gets – it’s up to observers to fill in the “vacuum”.

“Now it exists and will remain in this space forever,” said Garau in the video. “You do not see it but it exists. It is made of air and spirit.”