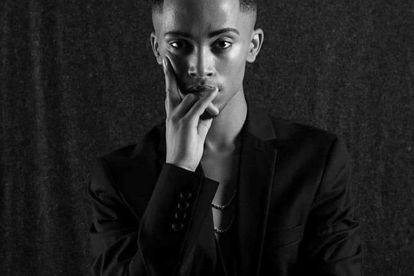 The University of Cape Town (UCT) is home to many young local influential persons across the career spectrum. In the Centre for Theatre, Dance and Performance Studies case, it would be third-year drama student Enrico Hartzenberg.

When asked in an interview with The South African what his job as an actor, dancer and writer entailed, Hartzenberg answered: “I tell people that I am a storyteller, because I do quite a lot. I write, act, dance, produce my own and other people’s works. I tell stories through different artistic mediums”.

Before studying drama at UCT, the 24-year-old studied business at Boland College, in Stellenbosch.

Hartzenberg has had the privilege of having had South African actress, educator and director Lee-Ann van Rooi as mentor. Van Rooi is best known for her role as Rochelle in the SABC2 comedy Fishy Feshuns for which she also received an Avante Award.

A star is born

According to Hartzenberg, he was given a golden opportunity when asked to come on board as the production manager for an Amee Lekas theatre production in 2017.

“I got to help produce a show at the Baxter Theatre called Die Dans van die Watermeid with Cornelia Faasen and Hugo Theart from whom I have learnt a great deal,” he explained.

During the same year, his own play Liefde is Rooi got accepted at the Toyota US Woordfees, which was staged in 2018. In addition, the young creative also scored a nomination for best emerging artist.

The idea started when Hartzenberg was invited by Roelse Events to have a photo shoot. After realising how mesmerising the characters were, Enrico decided to write a script which was sent off to Van Rooi.

His goal is to bring some form of healing to his community through attempting to break certain racial stereotypes.

Hartzenberg serves as scriptwriter, actor and producer for the YouTube series, with Philip Theron as director and Roelse Events as production company.

A role model in Kuilsriver community

When Hartzenberg is not busy being a full-time drama student or getting in front of the cameras, he handles the public relations for KykNET Events, such as the Silwerskermfees (a film festival that takes place every year between August and September).

During the interview, Hartzenberg emphasised how his role as a storyteller had impacted his community greatly. According to him, he has been receiving immense support from the community for inspiring the youth in Serepta, Kuilsriver, to continue to dream big.

“I want to educate and heal with my art. I want to foster community and change identity,” said the passionate performer.

Hartzenberg is currently using his time during lockdown to help students in his community with their online applications for college and university entry.

While discussing the concept of “ownership” within the industry, Hartzenberg mentioned that his play, Liefde is Rooi – which was staged at Artscape Theatre in August 2019, marked a significant milestone for him.

“The best advice I could give would be: Write your own story. Write something. If it is not ‘perfect’ we have editors to perfect your story. When you create your own work you can take ownership of that which you have created.”

Overall, Enrico admits that being a drama student at the University of Cape Town has taught him a lot in terms of theatrical techniques, self-discipline and self-control.