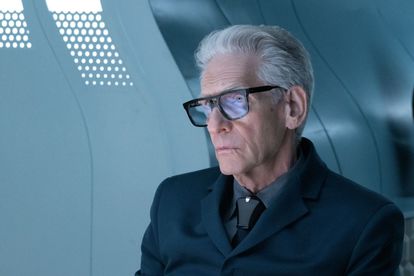 Horror filmmaker David Cronenberg is auctioning an NFT of his kidney stones. Image via Twitter @TheFilmStage

Horror filmmaker David Cronenberg is auctioning an NFT of his kidney stones. Image via Twitter @TheFilmStage

Canadian filmmaker David Cronenberg has been shocking audiences for decades with his graphic “body horror” movies but he has now gone further by creating art from his own insides.

The director is auctioning an image of his recently removed kidney stones just in time for the release of his latest movie Crimes of the Future, in competition for the Palme d’Or at Cannes next month.

“My doctor said: ‘You know, I would like to have your kidney stones so that we can do a chemical analysis and see if there’s something in your diet that has caused your body to create this,'” the director told an online forum of his fans.

He said he refused because the analysis would destroy the objects.

“I think they’re too beautiful to be destroyed,” he said, adding that he felt a “closeness” to them.

“After all, this is pretty intimate, it comes from the inside of my body.”

Nobody has yet agreed to pay that price.

The 79-year-old auteur has pushed the boundaries of taste and tested the patience of censors throughout a five-decade career that has fixated on the idea of humans as guinea pigs, transformed by technology and their environment.

But he told fans in a forum organised by NFT marketplace SuperRare that inspiration for his kidney stones project came from his 1988 movie Dead Ringers, in which Jeremy Irons played twins, both gynaecologists.

“At one point one of the twins says to the other: ‘I don’t understand why there are not beauty contests for the insides of bodies. Most beautiful spleen, best kidney,'” he said.

The work is also, he said, a reference to his new film, which stars Viggo Mortensen as a performance artist who carries out surgery on himself.

Cronenberg has dabbled in NFTs in the past, selling a one-minute film titled The Death of David Cronenberg for more than $75 000 (R1.1 million) in today’s prices.

Burgeoning communities of artists are trying to exploit the tokens as a medium to spread their art, and some have sold for many millions of dollars.

Hollywood has proved particularly susceptible to a market estimated to be worth around $25 billion (R380.7 billion) last year, with Cronenberg’s fellow creator of outre films David Lynch making an NFT with rock band Interpol last year.

NFTs do not grant ownership of an artwork.

Rather, they are a unique entry into a blockchain, the vast computer system that underpins NFTs and cryptocurrencies.

DAVID CRONENBERG NFT HAS BEEN ON SALE FOR SEVERAL WEEKS

Critics point out that NFTs are essentially worthless, getting value only from the hype around them.

SuperRare told AFP that creators of NFTs often supply a physical product to the buyer like a print of the photo.

But the marketplace said Cronenberg “did not indicate anything about sending the physical copy” of his work, which has now been on sale for several weeks.