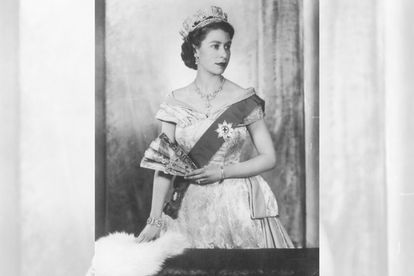 Queen Elizabeth II became the longest-reigning monarch of Britain in February 2022 and will celebrate this milestone with a range of activities throughout the year.

Omofemi is one of many artists celebrating the Queen’s huge milestone. According to People, Omofemi reimagined an original 1955 photo of the Queen for Tatler magazine’s July issue. While he kept to his signature pop-art style, he did include her George IV State Diadem tiara, Nizam of Hyderabad necklace, and a sash adorned with the star of the Order of the Garter. In his painting, the Queen is set against a bright yellow background and her dress features a flower pattern.

“When I start any project, it is not about how beautiful the painting looks but how I can capture the essence of my subject,” he told the magazine.

“I needed to imagine I was in front of the Queen, to connect with her. She is the longest-reigning [monarch], and when I look at her, I see someone who has conquered life. She understands what she needs to do and she knows she can do it well.”

It is said that the photograph (down below) on which he based his painting dates from around the time of the Queen’s 1956 visit to Nigeria, where the artist’s grandfather had seen her as she drove past waving to the crowds.

“Growing up, I heard a lot of good things about the Queen and how impactful she is — not just in the United Kingdom but to the Commonwealth and all over the world…She was so young and yet she had already undertaken so much,” Omofemi said.

The artist dedicated himself to the painting for four weeks, even sleeping in a separate bedroom from his wife to complete the work.

“Even eating, I am looking at it on my screensaver,” he said. “God has helped me to do this…[It is] the most important project of my life so far.”

‘Power of the woman’

Omofemi also decided to give the Queen black hair in his painting.

“Many of the great things the Queen achieved came at a very young age, so I have painted her with black hair,” he said. “I also wanted to introduce my own style into this painting and, for me, hair represents the power of the woman.”

The painting will be featured in Sotheby’s exhibition Power & Image: Royal Portraiture & Iconography.

Watch Olofemi talk about his experience in more detail: