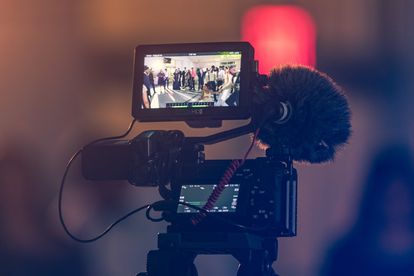 KZN Film opens up calls for internships.
Image via Unsplash

KZN Film opens up calls for internships.
Image via Unsplash

Black women, young people, and people living with disabilities continue to be excluded from meaningful ownership in the South African film and television industry.

This is according to a report titled The state of transformation in the South African Film and Television industry commissioned by the National Film and Video Foundation (NFVF). The NFVF found that although Black individuals have made way in achieving decision-making roles this does not apply in business and economic decision-making such as crewing and finance. The report used research from 1000 individuals who identified as black, from which 295 questionnaires were collected from all nine provinces. Forty in-depth interviews were undertaken.

“In the case of companies owned by youth and people living with disabilities, the survey results showed limited meaningful participation, and little to no participation, in each of the two categories respectively. On the other hand, while large numbers of youth-owned companies participate in the industry broadly, the number drops off steeply when annual turnover reaches above R500,000. Similarly, at an individual level, there is a high representation of youth at low-income levels, but this tapers off as income levels rise,” it states.

Similarly Black women do have ownership in creative companies but this is usually in companies that are worth less than R10 million.

“In the case of respondents to this survey, no companies earning more than R10 million were recorded as having Black female ownership. This points to both race and gender as a compounded barrier to transformation at the intersection of participation and access to the sector. Again, we see that female ownership of companies is not the same as meaningful participation of women in the industry, and this is particularly the case for Black women,” states the report.

Some of the respondents of the survey said they believe networking is how many creatives get successful in the industry, and that previously disadvantaged people did not have the same access and networks as White creatives.

“Individual survey respondents have noted that referrals and networks were by far the most efficient and successful mode of finding work opportunities, outstripping that of project advertising or working with an agent. The interviewed respondents felt that this could set limits on transformation. New entrants who are Black, young, women and people living with disabilities often find it difficult to enter the industry as they lack the support of viable networks,” it states.

Fifty-three percent of respondents said they get jobs through referrals and word of mouth.

“The survey data indicate clearly that jobs are in the main accessed through referrals, networks and word of mouth at both individual and company level. At the individual level, these referral networks are managed and controlled by heads of department (HODs), who are responsible for hiring crew members. This has been identified as one level of gatekeeping. Respondents said that non-Black HOD roles often stood in the way of Black individuals’ chances of being hired. Black and female practitioners perceive themselves as being seen as perpetually inexperienced in certain positions, despite them working in the industry for many years.”

But the report found that more Black-owned companies are likely to hire women and young people meaning transformation can be “self-reinforcing.”

FINANCING IN FILM AND TV INDUSTRY

Seventy-three percent of respondents said accessing funding was difficult. Some respondents said issues include misaligned deadlines and mistimed responses from funders which force companies from previously disadvantaged backgrounds to bear the brunt.

“To access funding, awareness of open calls and knowledge of existing financing schemes is required, assuming other requirements are met. Interviewees indicated that the requirements are often bureaucratic and inaccessible,” states the report.

GROWING THE FILM AND TV MARKET

According to the report, respondents felt there is little growth in the South African film industry, and this means established companies compete with newer companies for jobs.

“Without growth, there are simply too few roles and too little work available to enable healthy competition and advancement. For young people, this means that established practitioners take up all available space within the industry including ‘entry level’ projects, as there are not enough opportunities at the established end of the industry. Similarly, entry-level companies must compete against established businesses for early career work, with established businesses unable to find advanced projects,” states the report.