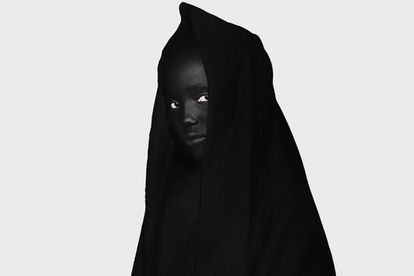 The World Photography Organisation and Sony Middle East and Africa have selected Free State-based photographer Bongani Tshabalala as South Africa’s national winner for the Sony World Photography Awards in the Portraiture category of the Open competition.

Tshabalala’s image titled Montsho, secured him the win. As one of the winners from 61 countries, his image will be part of an exhibition at the Somerset House in London that kicks off in April.

WHO IS BONGANI TSHABALALA?

Bongani Tshabalala is a self-taught photographer born and bred in the Free State. He studied mechanical engineering at the Central University of Technology (CUT) in Bloemfontein but hung onto his dream of becoming a visual artist.

He told the Free State Art Collective that photography was more than just “clicking the shutter speed” for him.

“It’s more about connecting with my subjects,” he added.

His work is centred around narrating the stories of African people and he is inspired by the stories and faces of his subjects.

TAKE A LOOK AT SOME OF HIS IMAGES

Bongani Tshabalala’s photograph, Montsho, was entered into the Portraiture category of the Open competition at the Sony World Photography Awards 2022. Entry for the competition closed on Friday 7 January. The word “Montsho” means “black” in Sesotho and is often used to make fun of darker-skinned people in South Africa.

Tshabalala’s photograph explores the emotional effects of childhood teasing, depression and low self-esteem. Through the image, Tshabalala also opens conversations about the representation of the black body, black lives and challenges the idea that blackness is homogenous.

The self-taught photographer also says the photograph is about destruction and preservation.

“I am thankful for being selected as a national winner of the Sony World Photography Awards 2022. This is a great opportunity for me and my work to get exposed globally,” said Tshabalala.

As South Africa’s national winner for the Sony World Photography Awards 2022, Bongani Tshabalala will be awarded Sony digital imaging equipment. His image will also be part of an exhibition at Somerset House in London between 13 April and 2 May.

TAKE A LOOK AT THE AWARD-WINNING IMAGE