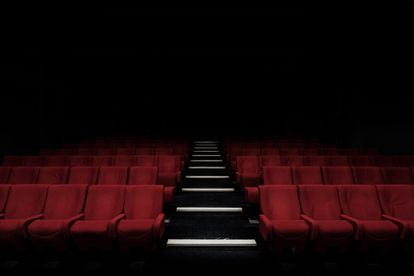 A devastating story of betrayal and mistrust set against the backdrop of Port Elizabeth during apartheid in the 1960s, it is to open the Finborough Theatre’s Spring season, playing 27 Feb to 23 March.

In the small backyard of a house in a shabby Port Elizabeth suburb, pots of aloes – the desert plant that can thrive in the most barren soil – bear silent witness to a world where trust has been betrayed and destroyed.

Left-leaning Afrikaner Piet (Minnaar) and his wife, Gladys (Ulfane), hold a party for their mixed-race friend Steve (Rubin) who has just been released from prison. But when mistrust creeps into your own backyard, the closest of ties are undone. Who has betrayed this group of friends? And why is one of them on a one way ticket out of the country?

‘It is wonderful to come back to Athol Fugard with this very textured play,’ Suzman told me. ‘It’s set in a small hot backyard in a tiny theatre which suits it perfectly. I’ve not acting in it myself but Ben Kingsley and I did Fugard’s Hello and Goodbye in London, and in the 70s I did Boesman and Lena. I’ve also directed Master Harold and the Boys. All of them were great experiences.’

Not her first time at the Finborough Theatre, Suzman appeared as an actor in Craig Higginson’s Dream of the Dog, followed by its subsequent West End transfer.

The original production of A Lesson From Aloes was premiered at the Market Theatre Johannesburg in 1978, where it provoked huge controversy and narrowly escaped being banned. The Broadway production won the New York Critics’ Circle Award for Best New Play and when Fugard himself directed it in London at the National Theatre, it received rave reviews.

The Finborough is a recently refurbished 50 seater pub theatre of repute in West Brompton.

Daily devotion: Your bible verse and prayer for 17 August 2022