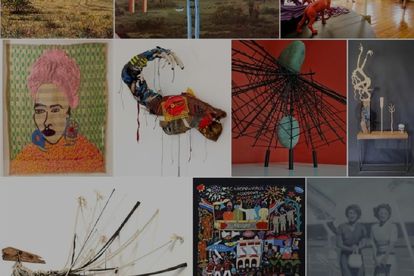 The third KKNK Virtual Gallery is allowing visitors to see several displays of art on their computer or mobile device. Image via @kknkfees/Instagram

The third KKNK Virtual Gallery is allowing visitors to see several displays of art on their computer or mobile device. Image via @kknkfees/Instagram

Audiences have the opportunity to see the works of the 2022 Klein Karoo National Arts Festival (KKNK) on their computer or mobile device through a 3D virtual gallery.

The third KKNK Virtual Gallery will take art lovers through all the rooms of the Prince Vintcent building in Oudtshoorn, where the KKNK 2022 visual arts were exhibited. The Virtual Gallery is now available online until 5 June 2022.

“The past two years the KKNK has had great success with the Virtual Gallery. During the pandemic, it was not possible to visit art galleries and the KKNK was proud of being able to create an opportunity for artists to exhibit their work during this time, and to have created the opportunity for art lovers to continue appreciating the arts and be able to acquire it,” says Hugo Theart, artistic director of the KKNK.

Dineke van der Walt, KKNK’s visual arts curator, says she understands many people were unable to visit Oudtshoorn and enjoy all the art on offer but says the art exhibitions were nonetheless very popular and well received.

“Since the festival opened the Tuesday [29 March], there were already a lot of visitors. A colleague even remarked he’d never seen such an accumulation of people! By Saturday there were just as many visitors. We ended up with a larger group of people than when we started out – as we hosted the gallery tour, people kept wandering in and joining in,” Van der Walt says.

Every online exhibition is accompanied by a short statement about the exhibit providing the background and context of the work.

Interested visitors are also spoiled with four short bonus videos: a documentary by Lieza Louw on the creative process of Karin Preller; a time-lapse video of the crochet arts project RewoLusie, which depicts the 2010 Mary Sibande piece, Her Majesty Queen Sophie; Henrietta Scholtz’s Life and Time in Place; and Cloud Migration by Phumlani Ntuli.

“At one stage we had more than 17 children in one hour participating in the art edutainment programme! We packed out tables and chairs and it was wonderful that there were kids who didn’t really know art, so it was an excellent opportunity to introduce them to art – this kind of work is ‘eternal’ work.”

WHAT YOU CAN VIEW ONLINE

Works that can be viewed online include that of Mary Sibande, Nkhensani Rihlampfu and Gregg Price; the popular Oudtshoorn-focused project, Karoo Kaarte, Prestik and Paper, as well as collections from the Absa Art Gallery.

There is also work by Dirk Bahmann and Wayne Matthews, group exhibitions like Rich in Fibre, and Liewe Land! II – which was recently awarded the Fiësta prize for art – both under the curatorship of Van der Walt.

The work of Karin Preller is shown, and there is even a moss art piece by horticulturalist Marcia Visser. Visitors to the Virtual Gallery can also look forward to the works of Ayobola Kekere-ekun, Franklyn Dzingai and The Mapula Embroidery Project, among many others.

All works are interlinked by this year’s Visual Arts theme: Unravel. The link to visit the Virtual Gallery is available here