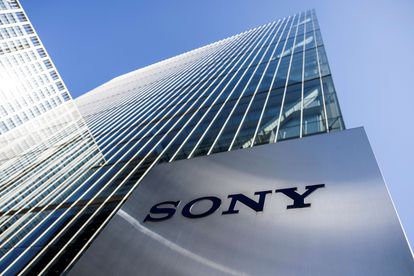 The logo of Japanese tech giant Sony is displayed at an entrance to the company’s headquarters building in Tokyo on February 2, 2022. Photo: Behrouz MEHRI / AFP

The logo of Japanese tech giant Sony is displayed at an entrance to the company’s headquarters building in Tokyo on February 2, 2022. Photo: Behrouz MEHRI / AFP

The Japanese tech giant already logged a record net profit in 2020-21, with a pandemic boom in gaming swelling its profits.

Although the huge demand for gaming is tapering as virus restrictions are eased in many countries, Sony said it is continuing to see a strong performance across sectors including film, gaming and electronics.

The conglomerate now projects a net profit of 860 billion yen ($7.4 billion) for the fiscal year to March 2022, having already hiked its full-year estimate to 730 billion yen in the previous quarter.

“Operating income is expected to be higher than the October forecast due to expected increases in operating income in the pictures, game and network services, electronic products and solution and music segments,” Sony said in a statement.

A favourable foreign exchange rate and expected decrease in operating losses in other sectors including its corporate division will also boost its bottom line, it said.

Sony expects higher sales in its film division, “primarily due to an expected increase in sales… resulting from the strong theatrical performances of ‘Spider-Man: No Way Home’ and ‘Venom: Let There Be Carnage’,” it said.

“No Way Home”, released in December in the United States, became the first billion-dollar-grossing film of the pandemic era over the Christmas weekend, according to industry watcher Exhibitor Relations.

Sony expects the global chip shortage to hit sales of its PlayStation 5 console this financial year, but said operating income in its gaming sector would still be higher than previously forecast “due to an expected decrease in selling, general and administrative expenses”.

The company has faced challenges rolling out the PS5, which is regularly sold out and remains hard for consumers to get hold of in part due to global supply chain disruption.

The forecast comes as Sony finds itself in a battle for gaming supremacy after US rival Microsoft snapped up “Call of Duty” maker Activision Blizzard in a landmark $69 billion deal.

Sony hit back with its own acquisition announcement this week, unveiling a $3.6 billion agreement to buy US video game studio Bungie, creator of hits such as “Halo” and “Destiny”.

Net profit in the nine months to December 2021 was 771 billion yen, down 20 percent year-on-year, Sony said, with sales in the same period up 13 percent to 7.66 trillion yen.

Also read: US to return $154 mn stolen by Sony employee and converted to bitcoin